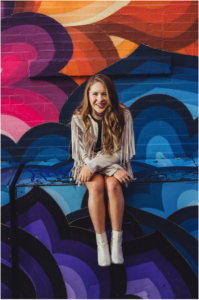 Madison McWilliams, 2017, Rising Star to Watch Out for (Hollywood Sentinel) 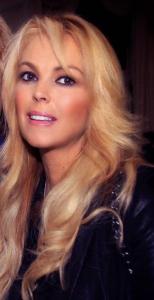 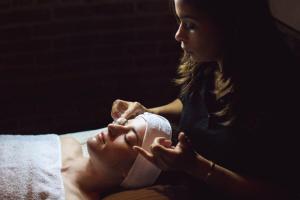 Hollywood Sentinel dot com reports here on the Best of Los Angeles, as well as Breaking National News Including Burning Man's Pagan Past.

We had the pleasure to see Pacific Ballet Dance Theatre before, and they are not to be missed.”
— Bruce Edwin

Burning Man: Aaron Joel Mitchell reportedly ran deliberately into the effigy of the 40 foot tall wicker man burned at the annual arts festival this weekend, in the desert near Reno, Nevada. After getting past firefighters, and tripping while in the fire, he later died. In the 1973 film 'Wicker Man,' main character Sergeant Howie investigates a series of murders by a group of pagans on an island, and later finds himself the kidnapped sacrifice to Satan (Pan), named the "willing, king-like, virgin fool." The tag-line for the film itself commands, "Flesh to Touch, Flesh to Burn, Don't Keep the Wicker Man Waiting!" With at least one recent attendee reporting to me how Burning Man has become a "drug fueled orgy of debauchery," it seems that some pagan attendees sadly, finally got their "willing king-like virgin fool."

While Hollywood Sentinel has not investigated it, Salvation Army in Texas is reportedly a better alternative for donations for those who want to help those in Texas, rather than a certain other organization we won't name. The below video is some urgent advice from FEMA for residents of Texas. (explore FEMA online for more important videos)
https://www.facebook.com/pg/FEMA/videos/?ref=page_internal

The Best of Los Angeles

Madison McWilliams is only 15, yet already a rising star in the music world, with a voice well beyond her years. Watch out for her, and remember, you read it here first.

Pacific Ballet Dance Theatre, with artistic director Natasha Middleton and Ruben Tonoyan will be debuting "The Best of Khachaturian" next month. We had the pleasure to see Pacific Ballet Dance Theatre before, and they are not to be missed. The show will feature an evening of ballet and instrumental music written by iconic Armenian composer Aram Khachaturian including the famous “Saber Dance” and “Lezginka” from “Gayane,” as well as selections from “Spartacus" and "Masquerade.” It will also include a new work entitled “Remember,” set to selections from the “Cello Concerto in E-Minor,” in memory of the Armenian Genocide. The performance will be presented at the Alex Theatre, 216 North Brand Boulevard, Glendale, CA 91203 on Sunday, September 17, 2017 at 5:00 p.m. Visit: https://www.pacificballetdancetheatre.com/ https://www.youtube.com/watch?time_continue=30&v=hE1NdlcK90Q

The Los Angeles Contemporary Museum of Art (LACMA) is the largest art museum in the West Coast, with over 130,000 art works in its collection, from antiquity to present, with thousands on view daily. With six massive, great buildings, interconnected by nearby outdoor walkways, LACMA is adjacent to the La Brea Tar Pits and Museum, Hancock Park, The Dorothy Collins Amphitheater, and the future home of the Academy Museum of Motion Pictures.

As LACMA states, "Los Angeles to New York: Dwan Gallery, 1959–1971 presents the storied history of the Dwan Gallery, one of the most important galleries of the postwar period in the U.S., and the dealer and patron Virginia Dwan." This show proves to be important, and entertaining; a must see for any lover of contemporary art of significance. Creatures of the Earth, Sea, and Sky: Painting the Panamanian Cosmos, though a small section, also proved to be great.

"Chagall: Fantasies for the Stage" here, is outstanding, and a must see. Focusing on Chagall's work on the Productions for the Moscow State Jewish Theater in the 1920s, the masterful artist designed costumes and monumental sets for ballet and opera in the 1940s, 1950s, and 1960s. This exciting, legendary exhibition concentrates on Chagall’s four productions for the stage—namely, the ballets Aleko, set to music by Pyotr Tchaikovsky (1942), The Firebird by Igor Stravinsky (1945), Daphnis and Chloé by Maurice Ravel (1958), and Wolfgang Amadeus Mozart’s opera The Magic Flute (1967). Displaying works of fashion Chagall designed, animal masks, murals fashion sketches, paintings on loan and from private collection, and more, this good sized exhibition by this master proves why he is one of the greatest artists of all time. I just may have to go back and see this one again.

Hollywood Sentinel Public Relations is the A-list PR firm owned by www.hollywoodsentinel.com that gets top clients on the red carpet at high profile Hollywood events, seen on major media nationwide, and even seen guaranteed on major networks across sports, news, and entertainment channels throughout Los Angeles and NYC. To be considered by the firm, contact below. 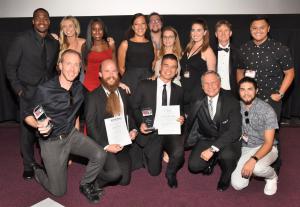 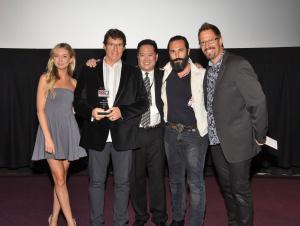 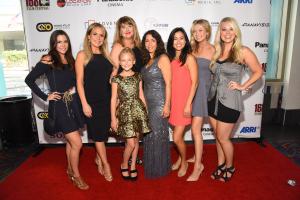 On the Red Carpet with “Remember Me” by Sheila Hart

We shot 'Brother' in 14 hours with about $800, proving that limited budget and time excuses should not keep us from creating meaningful art. 168 gives filmmakers the opportunity to get better.”
— Daniel Furukawa

"Brother" also got the nod for Best Actor-Chad Brannon as Jordan, Best Cinematography-Chris Hussar and Best Sound Design-Sean Massey. The film gained 13 nominations including dueling best supporting actor nominations for Parker Mack and for former Columbia Pictures production executive and actor, Bill Ewing. Ewing plays the father of two battling brothers, who are rushing to save their father on a tiny ship in deep space.

"Brother" was produced by Chris Hussar and directed by Daniel Furukawa, Best Speed Film winner in 2014 (producer/director of What Showers Bring). According to Furukawa, “We shot 'Brother' in 14 hours with about $800, proving that limited budget and time excuses should not keep us from creating meaningful art. 168 gives filmmakers the opportunity to get better.“

Hussar said, "It’s an opportunity to challenge ourselves and try new things. If you want to be pushed and reach the next level, join up and have fun!"

Hussar and Furukawa are one of nine finalists who will pitch their team and a script in hopes of being selected as the partner to make the 8168 Feature Film in 2018. Eligible finalists include: Best Speed Film (and 1st and 2nd Runner Ups), Best VR Film, Best KidVid, Best International Film, Best Write of Passage Film, Best Alumni Film and James De Vince, Best Writer 168 Days Screenwriting Competition for “Military Grade.” Writers may submit (action-adventure, thriller, mystery, sci-fi or kids/family adventure only) 1-Sheet and script to 8168@168project.com.

Kiang said, “I couldn’t have done my first musical without this cast and crew, especially my composer Guy Moon. 168 enables filmmakers to challenge themselves and think outside the box with themes and verses of faith, to dare to make films that surprise and delight the audience as well as the filmmakers themselves.”

"Under Water" was named the 2nd runner-up Speed Film, with a Best director nod for Wes Llewellyn and Best Screenplay and Best Scriptural Integration to Amanda and Wes Llewellyn. Best Supporting Actress honors went to Amy Sutherland as Leia.

Best Alumni Film went to the Best Director (non-speed) winner, producer/director Sheila Hart for "Remember Me," which featured Emmy Nominee Alyvia Alyn Lind as Little Maddie, acting opposite her real mother, Barbara Alyn Woods (Deb Scott on the series, "One Tree Hill"). Lind was nominated for an Emmy award in the category of Best Younger Actress on "The Young and the Restless." Lind portrayed Dolly Parton at 9 years old, in NBC Universal's "Coat Of Many Colors."

At the 168 Film Festival, mother and daughter were both nominated in the supporting category, but 9-year-old Alyvia won the award for Best Supporting Actress (non-speed). The Best Supporting Actor award went to Victor Browne as Michael Jensen and the Best Actress was Hana Hayes as Maddy Jensen. "Remember Me" composer George Oldziey also won Best Score (non-speed).

Best Music Video went to Remedy by Sheila Hart. Best Documentary and Evangelista Awards went to Dianne Butts for her exposé on a pastor who witnessed his daughter’s death in a car wreck and used it to save others that night.

Audience Favorite Awards went to Gary Emrick for "One Nightstand" and to Sheila Hart for "Remember Me."

Best “168 Open” Film honors went to "Super" by actor/producer Josh Murray and to the runner up, "An Ocean Away" by Bob Arvin.

Jen Tousey & Paul Moran won in the first ever Virtual Reality category for their film "The Father's Love."

168 Founder and President John David Ware said, “It was a year of growth for 168 Film and these artists. Everyone has stretched to reach their full potential and now we go into development mode towards our first feature production with one of the 9 finalists.”

The 168 Film Project has inspired well over 1000 films created by an estimated 18,000 cast and crew. Entries now open for 168 Film Project and Write of Passage short screenwriting competition. See www.168film.com.