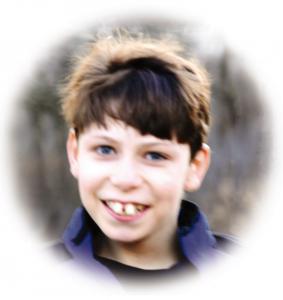 Jonathan Carey “Champion for the Disabled” Born September 12,1993 Killed by caregivers on February 15,2007

Calling out Governor Cuomo for his direct involvement in the protection of countless sexual predators, pedophiles and rapists within his mental health agencies

Without question, what Governor Cuomo is involved in makes all the other sex scandals combined that are surfacing now minuscule in scope, we are talking institutional sex cover-ups of epic proportion.”
— Michael Carey

ALBANY, NEW YORK, UNITED STATES, November 27, 2017 /EINPresswire.com/ — Different institutions and different victims and perpetrators, but nonetheless, the same massive sexual abuse and rapes, cover-ups and shuffling of sexual predators. Instead of pedophile priests within the Catholic Church raping children, they are un-vetted, un-trained and un-supervised State and private caregivers raping children and adults with disabilities. http://www.abc6.com/story/36905371/gov-cuomo-must-resign-and-be-held-accountable-for-protecting-sexual-predators-pedophiles-rapists .

As a result of the Boston Globe’s amazing work done by their Spotlight team of investigative reporters, the Catholic Church sex scandal was exposed and institutional changes and restitution for many of the victims were forced https://www.youtube.com/watch?v=56jw6tasomc . https://www.huffingtonpost.com/2014/04/04/sex-abuse-catholic-church_n_5085414.html . The exact same exposé and restitution must occur for the many thousands of sexual assault and rape victims within New York State’s mental health care system. Here is a news article regarding some of the payouts to the sexual abuse victims within the Catholic Church in New York State alone https://www.theguardian.com/world/2017/mar/01/catholic-church-sexual-abuse-victims-payout-loan-new-york

It is vital to bring to light the similarities between the Catholic Church and New York State’s extremely dangerous mental health care system. The Willowbrook exposé in the early 70’s failed to produce the genuine safety and abuse prevention or civil rights changes that were vitally needed to stop and prevent most of the sexual assaults and rapes. Decades passed and countless innocent and extremely vulnerable children and adults with disabilities and mental health issues have been sexually violated. Then the massive New York Times “Abused and Used” investigative series and exposé that Michael Carey convinced the Times to do came out throughout all of 2011, this series was a runner up for a Pulitzer Prize http://www.nytimes.com/interactive/nyregion/abused-and-used-series-page.html. Governor Andrew Cuomo, instead of protecting the most vulnerable, chose to take numerous decisive steps and actions to protect sexual predators, pedophiles and rapists. http://www.fox8live.com/story/36926154/exposing-how-ny-gov-cuomo-protects-sexual-predators-pedophiles-rapists

The exact same sex scandal and cover-ups that was revealed within the Catholic Church exists within Governor Andrew Cuomo’s mental health agencies which he has guarded with a vengeance for over a decade. http://www.einpresswire.com/article/414428414/cuomo-has-been-protecting-sexual-predators-for-over-a-decade?n=2. Governor Andrew Cuomo must be held accountable for his long term involvement in the most heinous criminal conspiracy to protect these sexual predators in New York State’s history.

Make no mistake about it, sexual abuse is rampant throughout the New York State’s mental health system and almost all sexual assaults and rapes are internally covered-up. One State agency alone under Governor Cuomo’s control that provides direct care services for children and adults with developmental disabilities has reported an average of 325 cases every three months for years according to State documents. The agency is called the Office of People with Developmental Disabilities (OPWDD) and what is reported is only a tiny percentage of what is really going on behind their closed doors. This very reputable report titled, “Prevalence of Violence” which is on the State of Massachusetts website documents that only 3% of these sexual assaults and rapes will ever be reported making the real numbers close to 43,000 annually. http://www.mass.gov/dppc/abuse-recognize/prevalence-of-violence.html. Here are two important parts directly quoted from this extremely disturbing report;

• Only three percent (3%) of sexual abuse cases involving people with developmental disabilities will ever be reported.

• Adults with developmental disabilities are at risk of being physically or sexually assaulted at rates four to ten times greater than other adults.

Simply do the math, New York State’s system is made up of thousands of State and private group homes and hardly any safety and abuse prevention measures are in place to protect residents with developmental disabilities from sexual abuse and rape. The system has approximately 126,000 residents, many of whom are deemed severely developmentally disabled, autistic and are non verbal- the perfect victim of prey for sexual predators. According to the statistical data from the “Prevalence of Violence” report approximately one third of the developmentally disabled within New York State’s extremely dangerous OPWDD system alone will be sexually assaulted or raped once a year. There are five other mental health agencies in New York State.

Even after the New York Times Editorial Board called out Governor Cuomo in August of 2013 for failing to protect our most vulnerable and bring about the vital reforms, Governor Cuomo did nothing. Here are some damning statements made against Governor Cuomo. http://www.nytimes.com/2013/08/10/opinion/protecting-the-most-vulnerable.html ;

“Two-and-a-half years ago, The Times reported horrifying abuse of people with developmental disabilities or mental illnesses by state employees, who were rarely punished for it. Gov. Andrew Cuomo promised action. But too little appears to have changed.”

“There is much the governor could do. He could require surveillance cameras in these facilities, just as prisons have them. He could make sure that the police get more involved.”

Over four years have passed since these statements were made by the New York Times Editorial Board and at least a couple hundred letters, emails or personal appeals by Michael Carey, a leading advocate for the disabled, with pleas for vital changes, yet all have gone ignored by Governor Cuomo. Upwards of 1,000,000 New Yorkers with disabilities remain in extreme danger to preventable sexual assaults and rapes because Governor Cuomo has done nothing significant to stop these heinous crimes from continuing to happen? The writing is on the wall, the sexual abuse and cover-up scandals are all over the national news and people and institutions involved are being exposed. Without question, what Governor Cuomo is involved in makes all the other sex scandals combined that are surfacing now minuscule in scope, we are talking institutional sex cover-ups of epic proportion.

Governor Andrew Cuomo is protecting sexual predators, pedophiles and rapists and they actually thrive within his extremely dangerous mental health care system. Remember, this statement, made by a convicted pedophile of Cuomo’s system, let it be burned within your heart and mind, it is “a predators dream.” https://www.usatoday.com/story/news/crime/2017/02/20/predators-dream-ny-pays-3m-family-molested-boy/98154714/

Here is the direct quote from this AP News story written by David Klepper;

“New York State is paying $3 million to the family of developmentally disabled boy repeatedly molested by a staffer at a state-run group home who later wrote that lax supervision at the facility made it "a predator's dream."

Governor Cuomo has been getting away with his sex scandal cover-up scheme by directing mandated reporters to report these sex crimes to his own agency instead of 911, so local police cannot respond. These practices are outrageous, they are illegal, they obstruct justice and they expose discrimination in civil rights and evil similar to what Dr. Martin Luther King Jr. fought against.

No longer can 911 and local police and local courts be bypassed. 911 call systems must be immediately called by all mandated reporters regarding all sexual abuse and rapes, as well as obviously all other assault crimes, medical emergencies and deaths. Currently, under Governor Cuomo’s directive, almost all sex assault and rapes of people with disabilities, which are crimes, disappear internally, they are covered-up. This evil and these gross injustices must be stopped and the people involved in the greater crimes and criminal conspiracy to protect sexual predators, pedophiles and rapists must be held accountable.

The incredible life and tragic preventable death of Jonathan Carey, who was disabled, had autism, was non-verbal & only 13 when he was killed by his caregivers