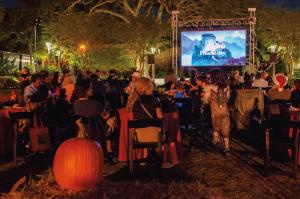 CLEARWATER, FLORIDA, USA, November 1, 2018 /EINPresswire.com/ — On October 31, the Church of Scientology Flag Service Organization hosted a Halloween Movie Night for the community where youth were able to trick-or-treat in a safe, family-friendly environment. The event was held at the Osceola Courtyard on the corner of Fort Harrison Ave. and Drew Street. The evening featured a screening of Hotel Transylvania 3 and was free to the public. More than 400 children and parents attended.

Several non-profit organizations had booths and provided information about what they do for the community. This included Narconon Suncoast, Global Community Tennis, the Clearwater Community Learning Center and the Benevolution Foundation.

As guests arrived, they trick-or-treated at the Osceola Courtyard and through each of the Humanitarian Program Centers in Downtown Clearwater. The Scientology-supported Humanitarian Programs Centers are located on Fort Harrison Avenue and include the Florida chapters for United for Human Rights, The Way to Happiness Foundation, Foundation for a Drug-Free World, Criminon, the Citizen’s Commission on Human Rights, the Scientology Volunteer Ministers as well as the Clearwater Community Volunteers Center.

The event had activities for kids including a bouncy house, face painting and carnival games. There was a costume contest where guests won a trophy for having the best costume, most classic costume, best dance and others.

When the sun set, guests settled down in the Courtyard for an outdoor showing of Hotel Transylvania 3.

For more information about community events hosted by the Church of Scientology, please call (727) 467-6860 or email dylanpires@churchofscientology.net.

About the Church of Scientology:

The Scientology religion was founded by humanitarian and philosopher, L. Ron Hubbard. The first Church of Scientology was formed in the United States in 1954 and has expanded to more than 11,000 churches, missions and affiliated groups, with millions of members in 167 nations. Based on L. Ron Hubbard's words, "A community that pulls together can make a better society for all," the Church of Scientology regularly engages in many humanitarian programs and community events. To learn more, visit www.scientology-fso.org. 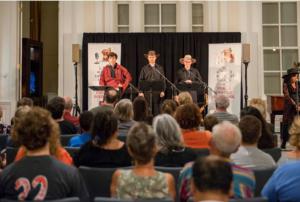 Guests attending the show enjoyed complimentary refreshments and a set of Halloween-themed songs including "Spooky Little Girl Like You," all performed by the theatre's producer and narrator Joanie Sigal.

The performers reenacted the eerie fantasy western story of "Shadows from Boot Hill" where the actors, lighting, sound effects and "living shadows" left the audience checking for their own shadows on their way out. "Boot Hill" is a 19th-century name for the burial ground of gunfighters or those who "died with their boots on."

One guest, Sophie, said "What a story! It actually gave me the chills when the ‘shadows' would come out and follow him around!" Michael, another guest exclaimed, "What a creative presentation! I loved it! These performances are always great!"

"The Wild West was actually full of ghost stories and superstition," said Amber Skjelset, Manager of the Information Center and event organizer. "So “Shadows from Boot Hill” follows a rich history of storytelling and folklore."

L. Ron Hubbard was among the most prolific and popular writers of the Golden Age of Pulp Fiction. Indeed, between 1934 and 1940, some 140 L. Ron Hubbard tales appeared in the pages of legendary pulp magazines—with as many as three titles an issue and bylined under some fifteen pen names. With 19 New York Times bestsellers and more than 350 million copies of his works in circulation, Mr. Hubbard is among the most acclaimed and widely read authors of our time.

The Scientology Information Center, located in the century-old Clearwater Building in downtown Clearwater, opened on July 11, 2015, and currently houses a gallery of audiovisual displays with some 400 videos. The Center is open to all and provides a self-guided tour showing basic Scientology beliefs, Churches around the world, ongoing social programs and the life of L. Ron Hubbard, Scientology's founder. The Center offers tours to the broad public and civic leaders; holds concerts, theatrical performances, and receptions for the community; and opens up 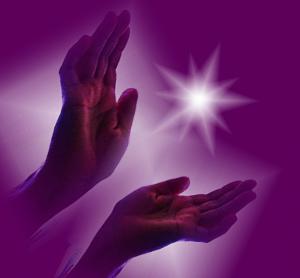 BROOKLYN, NEW YORK, UNITED STATES, November 1, 2018 /EINPresswire.com/ — When you find yourself in the offices of an energy healer, it’s often because you’ve tried everything else. It requires a leap of faith for the healer as well as the healed, the faith that you can feel better again.

Let the angels take the wheel. Debra Soul has put her faith in angels for over 20 years to deliver a unique form of energy healing. Soul is a holistic master angel healer and the founder of Heal By Soul, where she draws on the power of source and angels to clear your physical, emotional and karmic imbalance.

“You may perceive angel as anything you want to be. It’s more about the intensity of your intention,” says Soul. “You have to be open to it or it’s not going to work. You have to take that leap of faith to believe that you can get better.”

In session, Soul uses the Heal By Soul modality, which she developed. This is where the client begins to learn about their mission and what’s been preventing them from stepping into their power. With the protection of light and love, Soul invites her angels to connect with your angels to work together.

“We come to this world to learn our lessons, but most people don’t understand they even have a mission. They are lost. They are stuck. They have no intention. With Heal By Soul I connect your past soul with your soul on this earth to complete your soul and remember the blueprint that you came into this life with.”

Soul has recently written a book of her experiences, also titled Heal By Soul. In the book, Soul shares her story and teaches readers how they can change their life simply through changing their awareness.

“The whole book was angel-guided. In fact, it was like taking dictation from the angels,” says Soul. “I am blessed to work with the angelic realm. The angels transformed my life and helped me step into the power. What the angels have given to me I want to give to people so there can be more healing throughout the world.”

Listen to the show on BlogTalkRadio.