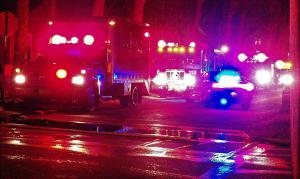 ARE GUARDIAN ANGELS AMONG US?

NEW HOPE, PA, USA, January 28, 2019 /EINPresswire.com/ — Max Hawthorne, author of the award-winning Kronos Rising series of novels, revealed a startling series of incidents during a recent interview, wherein otherworldly forces appeared to have taken a hand in preventing him from coming to harm.

“I’ve lived a tumultuous life,” Hawthorne said. “There have been many times where things happened and I found myself scratching my head, wondering how I emerged unscathed. In fact, the circumstances around some of these occurrences have been so odd that I’ve come to an inescapable conclusion – I have a real-life guardian angel looking after me.”

Known as the “Prince of Paleo-Fiction” for his bestselling series of Kronos Rising sci-fi/thrillers, which feature humanity struggling to cope with prehistoric life roaming free in today’s seas, Hawthorne added. “I’ve done many risky things, including the bungee jump, rescuing a drowning dog, and saving a woman from being beaten to death on a NY street corner. Once, I even stopped a very determined alligator from eating my father and I by fighting it off with a fishing net.”

Hawthorne attributes those things to skill and luck, but he believes that some things in his life cannot be explained. “I was driving on the NJ Turnpike and I fell asleep behind the wheel. My SUV started angling toward the tractor-trailer in the center lane, right beside me. Then, all of a sudden, I was woken up by being slapped across the face. I was alone in the vehicle, yet I got the distinct impression I’d been hit, and fairly hard.”

When asked what happened next, Hawthorne said: “My eyes snapped open and I found my vehicle about to enter that terrifying no-man’s-land between the front and rear sets of tires on an eighteen-wheeler. I would have been wedged there as the trailer’s rear tires impacted on my passenger door and right fender, and most likely crushed to death. It sounds outrageous, but my spiritual sentinel saved my life that day, and several additional times after that, and I am forever grateful for her protectiveness. Of course, I wish she was able to help me find a new literary agent, but hey, I’ll take what I can get!”

Hawthorne finished by saying, “All levity aside, I can only assume this means I’m meant to do important things in my life, for myself and the people I love. I just hope I’m able to recognize those pivotal moments and opportunities when I see them. Otherwise, I might need to be slapped again. You know, to wake me up and set me straight!”