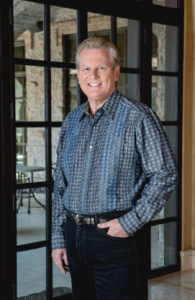 ARLINGTON, TEXAS, USA, April 8, 2019 /EINPresswire.com/ — Known for reaching—and for being a pastor to—men in the community, although rarely acknowledged, it is unusual, says Dr. Gene Lingerfelt, to have a church where there are as many men as women, as he reveals more about his success as a pastor to men.

"Regardless of age or background, it can be difficult, as a pastor, to reach men in the community," explains Dr. Lingerfelt, co-founder of the Faith Christian Center in Arlington, Texas. "However, it's vital that they understand—whether they're a businessman or an outdoorsman, for example—that when they care about and embrace God, they become unstoppable in life, both in their personal and professional pursuits," he adds.

According to Dr. Lingerfelt, across much of the United States, it's highly unusual for a church to have as many men as women in attendance.

Indeed, the U.S. Congregational Life Survey—the nation's largest system of church surveys whose mission is to help congregations understand themselves—has, in the past, found that an average American congregation is less than 40 percent male. "Average figures suggest that roughly 61 percent of congregations in the United States are female and just 39 percent male," adds Dr. Gene Lingerfelt.

However, he points out, at the Faith Christian Center, things are rather different. "We have a fairly even split among our congregation," Dr. Lingerfelt explains, "which is, as the U.S. Congregational Life Survey reveals, quite uncommon, and, as such, it's something which I'm proud to have been able to achieve."

Married life is also important to the church, according to the pastor, with Faith Christian Center actively supporting couples in strengthening their relationships at every step, whether they're newlyweds or celebrating milestone, decades-long anniversaries.

In addition to his work as a pastor, Dr. Lingerfelt has also authored a number of successful books including 'The God Touch: The Power of Partnership in Faith, Family and Finances,” “A Book of Prayer,” “10 Words That Can Change Your Life,” “'80-10-10: Everyman's Road to Riches,” “Money: A Spiritual Force,” “Prayer and Confession for 2018,” and “When We Were Poor.”

Dr. Lingerfelt has also co-authored with his wife, Sue Lingerfelt, a successful book on marriage, entitled “You, Me and God: The Threefold Cord is Not Easily Broken.” Together, Dr. Gene and Sue founded Faith Christian Center in 1984 and St. Paul’s Preparatory Academy in 1988. The pair have also traveled to Africa as missionaries, stationed at the East Africa School of Theology, as well as a further 40 plus nations, establishing almost 70 new churches in 9 different countries.

Today, Dr. Gene Lingerfelt and his wife Sue Lingerfelt have been married for more than 40 years. Both are graduates of Texas Christian University and Dr. Lingerfelt is also a graduate of Southwestern Baptist Theological Seminary in Fort Worth. Together they happily reside in the Dallas-Fort Worth area and they co-pastor Faith Christian Center. As a pastor and author, Dr. Lingerfelt has a reputation for his practical and relevant teaching, and has further written numerous workbooks and courses of study, including “Mighty Men of God,” “Discipleship,” and “Spiritual Authority.”