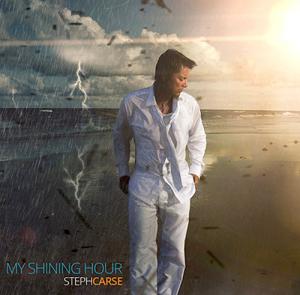 NASHVILLE, TN, USA, April 11, 2019 /EINPresswire.com/ — STEPH CARSE’S "AMAZING GRACE" has been selected as a REMI AWARD winner and will be honored with screenings during the 52nd Annual WorldFest-Houston. Unique in the film festival world, at WorldFest, only Remi Winners are screened, not just nominees.

More than 1,500 Short Film category entries were received for WorldFest-Houston. Only about 15% are honored by winning a Remi Award, and only 1% of Short Film entries are selected for screening.

This is only the latest in accolades for filmmaker and recording artist Steph Carse and “Amazing Grace” which can be viewed at https://youtu.be/QYU2Ity73wc. The video recently won BEST MUSIC VIDEO at the CANADIAN INTERNATIONAL FAITH & FAMILY FILM FESTIVAL. As a television producer, Carse has won 5 awards from The Florida Motion Picture and Television Association, including Best Feature Film and Best Male Vocalist for the one-hour TV special “Reach Out” he produced for PBS.

As a songwriter, performer and recording artist, Carse has sold over half a million albums worldwide and received a 5-star review from Jerry Fink of The Las Vegas Sun for his 36-show run in Las Vegas.

Known for his impeccable 4-octave vocal range, Carse’s story is featured in the television show “MY SHINING HOUR” which also includes “AMAZING GRACE”. After airing on the Daystar and Upliftv television networks, the show is currently available for streaming purchase at ChrisitanCinema.com along with a free inspirational companion book. A trailer for “My Shining Hour” is available on YouTube at https://youtu.be/fmFPxePab_A.

On the self-produced program, Carse shares the journey of his music career, which has taken him from the top of the charts to living out of his car, to the recording of his new album “My Shining Hour”. Told through music and narrative, Carse takes viewers from Canada to the U.S., from Africa to Israel, sharing his inspirational personal story of music, restoration and discovering his true calling.

About WorldFest-Houston:
WorldFest was founded over 57 years ago as an International Film Society in August 1961. WorldFest became the third competitive international film festival in North America, following San Francisco and New York. WorldFest is the oldest Independent Film & Video Festival in the World. It was founded by award-winning producer/director Hunter Todd to present a quality film festival for the Independent Filmmakers. Hunter Todd has been honored with more than 115 international awards for creative excellence in film production, and he has been the producer, director, writer and/or cameraman on more than 300 motion picture and video productions. https://worldfest.org