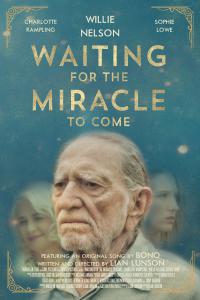 Key Art – Waiting for the Miracle to Come 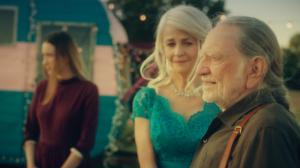 Waiting for the Miracle to Come

I hope that WAITING FOR THE MIRACLE TO COME allows people to slow down, take a deep breath and walk through the gates of The Beautiful Place where these magical people live.”
— Lian Lunson

LOS ANGELES, CA, USA, April 29, 2019 /EINPresswire.com/ — To honor and celebrate the 86th birthday of music and film legend Willie Nelson, the new drama WAITING FOR THE MIRACLE TO COME releases today on DVD and VOD platforms. The film was created for Nelson by writer/director Lian Lunson, and was filmed entirely on his ranch in Texas. Set in a magical and timeless world, the film moves like a quiet meditation, considering the themes of faith, love, and fulfillment in spite of loss.

WAITING FOR THE MIRACLE TO COME tells the story of a young girl who embarks on a journey of discovery. Along the way, she encounters faith, love, and fulfillment, all clothed in the brokenness of loss, as the most powerful transformative experiences in our lives often are.

“This film is special to me,” shares Lunson. “I wrote this film specifically for Willie Nelson. Something that would capture his incredible talent as an actor. Charlotte Rampling, all of us came toward this for Willie Nelson. Willie’s beautiful stillness creates the tone of the film and his beautiful ranch its backdrops…I hope that WAITING FOR THE MIRACLE TO COME allows people to slow down, take a deep breath and walk through the gates of The Beautiful Place where these magical people live.”

The film also features music by guitar legend Duane Eddy who partners with Willie’s longtime harmonica player Mickey Raphael to create the perfect score. The film also includes an original song “Where the Shadows Fall” written by Bono, performed by Bono and Willie Nelson. Bono is also an Executive Producer on the film, along with Mark D. Rodgers, Dale A. Brown, Tyler Zacharia, and Lunson’s mentor Wim Wenders. WAITING FOR THE MIRACLE TO COME is available for purchase on DVD and digital platforms in the US and internationally through Spotlight Pictures.

Waiting for the Miracle to Come – Official Trailer