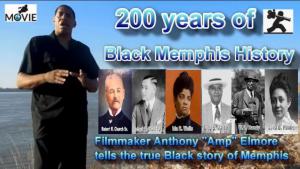 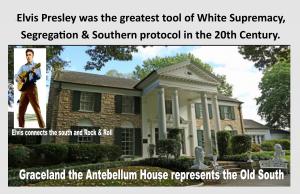 Segregationist used Elvis as a Tool for Segregation 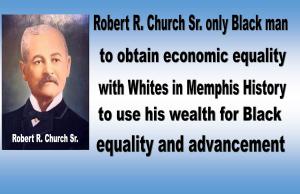 You have a bunch of niggers teaching social equality,stirring up racial hatred. I am not going to stand for it. I’ve dealt with niggers all my life, and I know how to treat them.This is Memphis.” ”
— Boss E.H. Crump Mayor of Memphis

MEMPHIS, TN, UNITED STATES, April 30, 2019 /EINPresswire.com/ — May 22, 2019 marks the 200th Anniversary of the Birth of Memphis, Tennessee. On this date Anthony “Amp” Elmore a 66 year old African American Memphian will release his film; “200 years of Black Memphis history.” The film will be released on two fronts. Elmore scheduled the movie to be premiered at 7:00 p.m. at the Malco Majestic Theater in Hickory Hill Memphis. Concurrently Elmore’s movie will Premier on “YouTube.” Elmore is encouraging “movie viewing parties.” The movie theater premier is a local engagement in social, education, culture, history, community and family as a way to create dialogue. Viewing Memphis' development through an African American prospective serves to build understanding and create a better Memphis.

Elmore a community activist, a 5 time World Karate/Kickboxing Champion is also Memphis 1st Independent Filmmaker. Elmore was noted in 1983 in the “Memphis Magazine” as one of the most “100 most Influential Memphians.” Elmore notes an African proverb; “If lions were historians, hunters would no longer be Heroes.” Memphis history has been absolutely clear by the Confederate monuments of White Supremacy, Racism and Inequality that characterized Memphis, Tennessee. While the monuments were recently removed; the film “200 years of Black Memphis history” provides for the 1st time in Memphis History an African/American prospective of Black Memphis History on film.

In the film Elmore shows how history proves how and why Memphis, Tennessee is the capital of Racism, White Supremacy, Discrimination and Inequality in America. It is no doubt that Memphis was and is today “The Cotton Capital of the World.” Logic notes; how can Memphis be the Cotton Capital of the world and not be the Slave Capital of the world?“ Elmore points out that the most noted racist White leader in the 19th century was Memphian Nathan Bedford Forrest. Nathan Bedford Forrest Killed, enslaves, terrorized more Black people in America than any White man since the civil war.

Elmore in the movie notes how Nathan Bedford Forrest helped Memphis to not only become the “Slave Capital of the World” it was in Memphis, Tennessee whereas slavery was taken to historic levels. We have Kmart, Walmart, however it was in Memphis, TN we find the “Negro Mart.” The Negro Mart is world’s 1st Shopping center and retail store we find advertised Slaves for purchase at a supermarket owned by Nathan Bedford Forrest

From 1909 via the election of E.H. “Boss” Crump as Mayor in Memphis until his death in 1954 Memphis was run like a plantation. E.H. “Boss Crump” reign terror on Black people so bad and that the effects still influence Memphis today.

History reveals that the 1st terror perpetrated on Freed Black people in America happen via the “Memphis Massacre of 1866.” In May of 1866 Irish mobs in Memphis went on a 3 day spree of killing, robbing, Raping and burning Black schools in Churches. After a Congressional inquiry of the event in Memphis Congress responded via passing the 14 Amendment to the Constitution. The same area where Dr. Martin Luther King was assassinated in 1968 is the same area where the Memphis Massacre took place 102 years earlier than King’s death.

Memphis sent a chilling message to Black people in 1892 that if a Black person operated a business in Memphis that challenged a White business, such could end in death. Three Black men opened a competing co-op grocery at Mississippi and Walker in Memphis called "Peoples Grocery". The White business owner tried to burn down the Black owned store. The Black men defended their store shooting the attempted arsonist. White mobs ended hanging the Black store owners this resulted in 1/3 of the Black population moving via wagon train to Oklahoma. This event was called the “Memphis Exodus of 1892.” Memphian Ida B. Wells the most famous Black woman in the world was also run out of Memphis for commenting.

It is in Memphis, Tennessee whereas racism extricated “The Greatest Black Economic Narrative in America.” The movie “200 Years of Black Memphis History” tells the story as to how “Black Economic Equality” helped to shape the Black Memphis History. Black people were not allowed to got to parks and Auditoriums. In 1899 Black Millionaire Robert R. Church Sr. built “Church Park and Auditorium” on Beale Street in Memphis. This facility was not only the 1st Park in Memphis for Blacks , the auditorium was the largest facility for Blacks in the World. This effort created the culture in Memphis that made Beale Street the Main Street of Black America.

In Memphis, Tennessee E.H. Crump launched terror on Black people using police and laws to evoke terror on Black people. Crump used Federal Funds to tear up a Black Middle class neighborhoods and replace it with public housing to create forced inequality in Memphis. Just as Blacks and minorities have no voice in the Trump administration Blacks did not have a voice in the Crump administration.