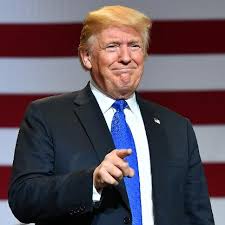 Only U.S. forces have the necessary knowledge of ISIS and experience with ISIS forces in combat to help prevent future ISIS terrorist violence in Sri Lanka.”
— Tamils for Trump

NEW YORK, NEW YORK, USA, May 2, 2019 /EINPresswire.com/ — Tamils for Trump have written a letter to the US President Donald Trump to request to send US troops to protect the Tamils and the letter states the following:

Tamils do not believe that the Sri Lankan authority will protect Tamils from an ISIS attack in north-east Sri Lanka. Even the former head of the United Nations Commission on Human Rights Zeid Raad Al Hussein stated that he suspects a Muslim or ISIS attack was plotted to win the election in Sri Lanka. India had warned the Sri Lankan authority of the possibility of an ISIS terrorist attack on Tamil Churches. Sri Lanka ignored the warning. Most Tamils think Sinhalese’s defense authority welcomed the attack on Tamils, and this is a legitimate concern.

The following is a recent tweet from Zeid Raad Al Hussein: ‘Sri Lanka — a beautiful country with a tortured past & now these appalling bombings against a Christian community hitherto un-targeted. While awaiting the evidence, can’t help but wonder: who benefits from such wickedness? Do the upcoming elections have anything to do with it?’”

On Easter Sunday ISIS bombed three Catholic Churches where most of the worshipers were Tamils. The main attack occurred during the second prayer period that was scheduled for the Tamils.

At this point, the Tamils simply cannot trust the Sinhalese who massacred over 145,000 innocent Tamils in May 2009. The Sri Lankan Army is still occupying the Tamils’ homes, land, and farms. Furthermore, the Sri Lankan army is raping Tamil women and men and is maintaining sex slave camps in Sri Lanka. Therefore now is the best time to once and for all remove the Sri Lankan army from north-east Sri Lanka.

It is also the ideal time for US troops come to north-east Sri Lanka and defend the Tamils from future ISIS attacks. Tamils will welcome the US troops. Currently the Tamils are collecting signatures to win the hearts of the American people to send US military and FBI to help to find missing people and find a permanent political solution to the ongoing crisis.

The letter concluded "We hope that you, Mr. President, will send the US forces as soon as possible to protect the Tamils. The Sinhalese military is not interested in the well-being of Tamils and it is not capable of any effective military intervention against ISIS. Only U.S. forces have the necessary knowledge of ISIS and experience with ISIS forces in combat to help prevent future ISIS terrorist violence in Sri Lanka. We Tamils, ask as friends and supporters for your assistance in these life-threatening times."