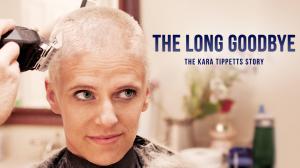 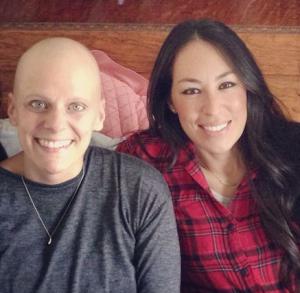 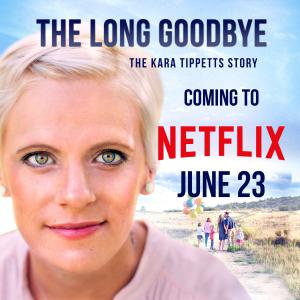 Kara Tippetts and The Long Goodbye

The Long Goodbye shares the heartfelt, hope-filled story of a young woman thrust into the national spotlight after a terminal cancer diagnosis

I want more of what Kara Tippetts had.”
— Ann Voskamp

LOS ANGELES, CA, UNITED STATES, June 24, 2019 /EINPresswire.com/ — THE LONG GOODBYE: The Kara Tippetts Story, a heartfelt story a woman thrust into the national spotlight through a terminal cancer diagnosis, is available now on Netflix. The film spent time at the #1 spot on the Amazon Documentaries chart and remained in the Top 10 for over 6 weeks after it’s release.

Kara Tippetts was a pastor’s wife, mother of four young children, and creator of a popular mommy-blog focused on parenting with kindness. Kara already had a loyal following when, at just 38 years old, she began facing and processing a cancer diagnosis on the site. Her blog and subsequent best-selling books became hallowed ground as people around the world were touched by her faith, honesty, and candor.

With this incredibly raw documentary, Kara allowed the world to walk with her as she chronicled first what it meant to be a young wife and mother battling a disease, and then ultimately what it meant to live and die with love and dignity.

During her journey with cancer, Kara wrote and published three books, including Just Show Up: The Dance of Walking Through Suffering Together; And It was Beautiful: Celebrating Life in the Midst of the Long Good-Bye; and The Hardest Peace: Expecting Grace in the Midst of Life’s Hard, which won the 2015 ECPA Inspirational Book of the Year award.

Additionally, Kara was thrust into the spotlight when a letter she penned to Brittany Maynard went viral. In the letter, Kara asked Brittany to reconsider her choice to move to Oregon to participate in an assisted suicide. Kara’s was a gentle, hope-filled message that could only be shared between two young women whose lives would end too soon.

Kara’s vulnerability had an incredible impact on tens of thousands of people and grew that community of support in surprising ways. Faith influencers from around the globe began to find ways to assist Kara by sharing her posts, sending personal messages, serving the family’s needs, as well as just becoming her friend.

When asked about Kara’s impact, influencers featured in the film stated:

“The impact of her life was huge. I’m blessed to know her.” – Joanna Gaines

“I want more of what Kara Tippetts had.” – Ann Voskamp,

“Sharing this time with her family was nothing short of a holy experience.” – Sofia Lyons, filmmaker.

“I think Kara and I both understand that deep suffering stretches the capacity of the soul.” – Joni Eareckson Tada

This included filmmakers Jay and Sofia Lyons, who discovered Kara’s story through a Facebook note from a friend. The couple simply felt led to do something for her. Sofia states how God led them down a path to create the film by a series of ‘breadcrumbs’, “First, we just wanted to do something special for Kara and her family. This evolved into creating a 7-minute video about her life, which ultimately opened up a conversation about fully documenting her last few months on earth.”

THE LONG GOODBYE also showcases footage from a house concert performed by Ellie Holcomb, a new arrangement of one of Kara’s favorite hymns by Selah, and an original song by Travis Cottrell. Additionally, one of the filmmakers, Sofia J., contributes 2 original songs written for the film including “I’ll See You Again.”

In association with Freely, THE LONG GOODBYE: The Kara Tippetts Story was created by Jay Lyons Productions and is distributed through Ocean Avenue Entertainment. THE LONG GOODBYE is available now on Netflix. http://karatippettsdocumentary.com/

About Ocean Avenue Entertainment:
Ocean Avenue Entertainment, Inc. is the destination for productions that offer hope to audiences looking for inspiration in entertainment. Ocean Avenue is committed to releasing inspiring and redemptive films and television programming. Its distribution strategy optimizes each release platform to find the widest possible audience theatrically on VOD, DVD and ultimately on streaming sites like Netflix and Amazon Prime. For more information, please visit www.oceanave.tv.

About Freely:
Freely specializes in projects that touch the human spirit. Freely is building content across all platforms including film, TV, live events, digital media, and has recently launched a talent management division. www.freely.com