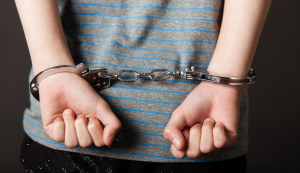 “Too often, people of every age, contact our hotline and relay stories of what preceded their involuntary commitment or their loved one’s commitment,” says Diane Stein at CCHR Florida

CCHR receives too many calls on a weekly basis from families whose loved ones were illegally taken into custody. This abuse must end.”
— Diane Stein, President of CCHR Florida

CLEARWATER, FLORIDA, US, July 3, 2019 /EINPresswire.com/ — The Florida chapter of the Citizens Commission on Human Rights (CCHR), a non-profit mental health watchdog dedicated to the exposure and eradication of abuses committed under the guise of mental health, is hosting a seminar with attorney and former Assistant Public Defender, Carmen Miller, Esq., to educate Floridians on their mental health rights. The seminar will take place on Wednesday, 10 July at 6:30pm at the CCHR Florida headquarters, 109 N. Fort Harrison Avenue in downtown Clearwater. Miller has extensive experience in criminal and family justice, having worked previously for 8 years as Assistant Public Defender in the Thirteenth Circuit in Tampa. Her private practice today specializes in cases of those who have been Baker Acted.

“Many parents in Florida are not aware that their child can be taken out of school and Baker Acted without their knowledge or consent,” said Miller, “People should protect their rights, particularly the elderly and children.”

The complex language of the Baker Act, which CCHR says is difficult for even some attorneys to understand, opens the door to interpretation and puts every citizen of Florida at risk.

“The Baker Act is being used incorrectly on people of all ages,” said Diane Stein, President CCHR Florida. “CCHR receives too many calls on a weekly basis from families whose loved ones were illegally taken into custody. This abuse must end.”

At the seminar, Miller will address abuses and recommend preventative actions citizens can take to safeguard themselves and their families.

To learn more about the Baker Act or to reserve seats at the upcoming “Baker Act Seminar” on July 10th, please call CCHR Florida office at 727-442-8820.

About CCHR: Initially established by the Church of Scientology and renowned psychiatrist Dr. Thomas Szasz in 1969, CCHR’s mission is to eradicate abuses committed under the guise of mental health and enact patient and consumer protections. L. Ron Hubbard, founder of Scientology, first brought psychiatric imprisonment to wide public notice: “Thousands and thousands are seized without process of law, every week, over the ‘free world’ tortured, castrated, killed. All in the name of ‘mental health,’” he wrote in March 1969. For more information visit www.cchrflorida.org