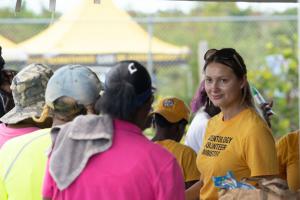 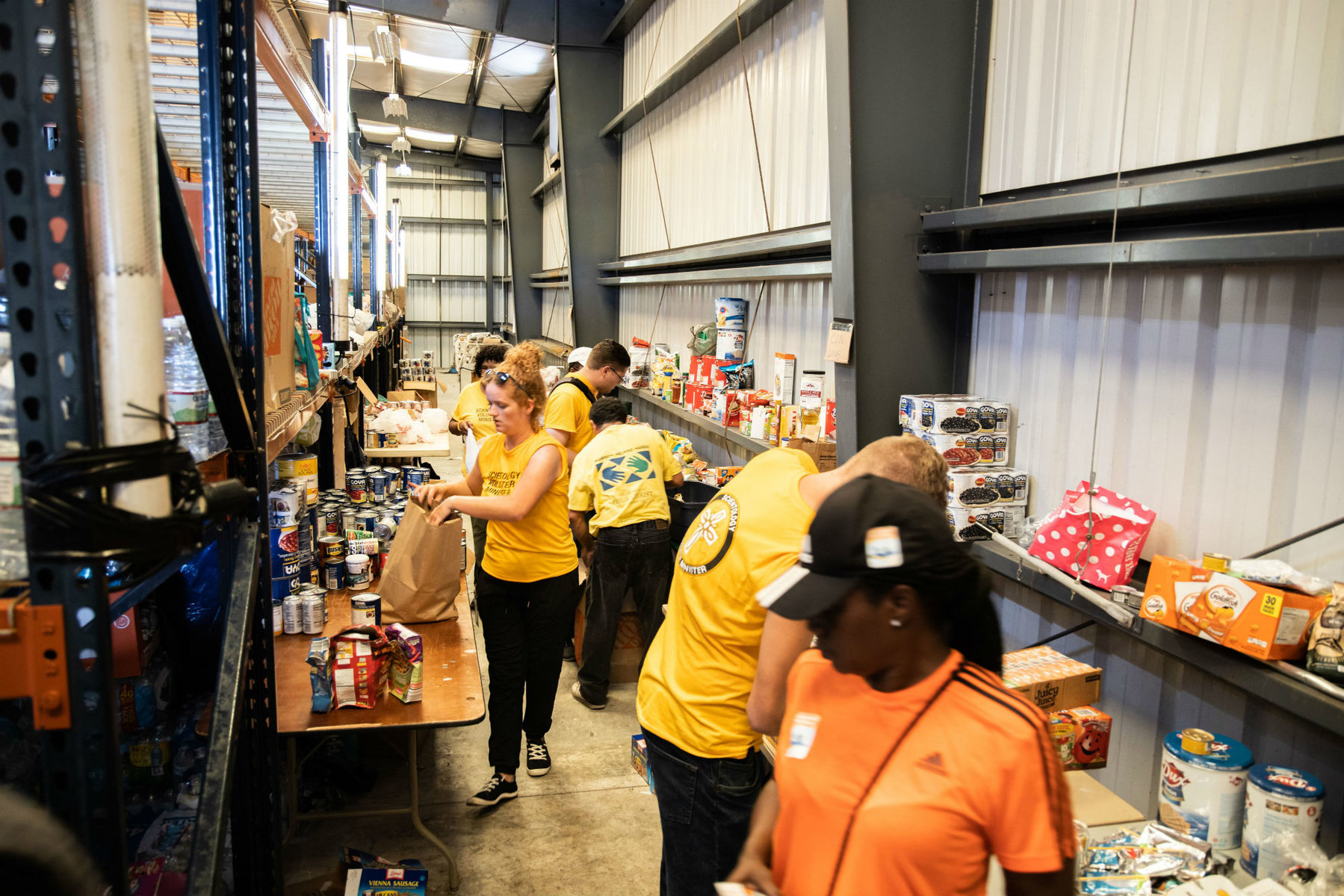 Volunteer Ministers helped organize the warehouse to ensure the supplies were ready to distribute. 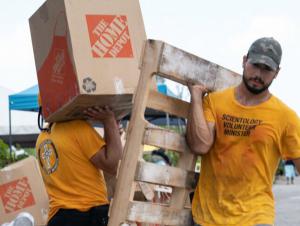 And on the day of the distribution, they were working all day. 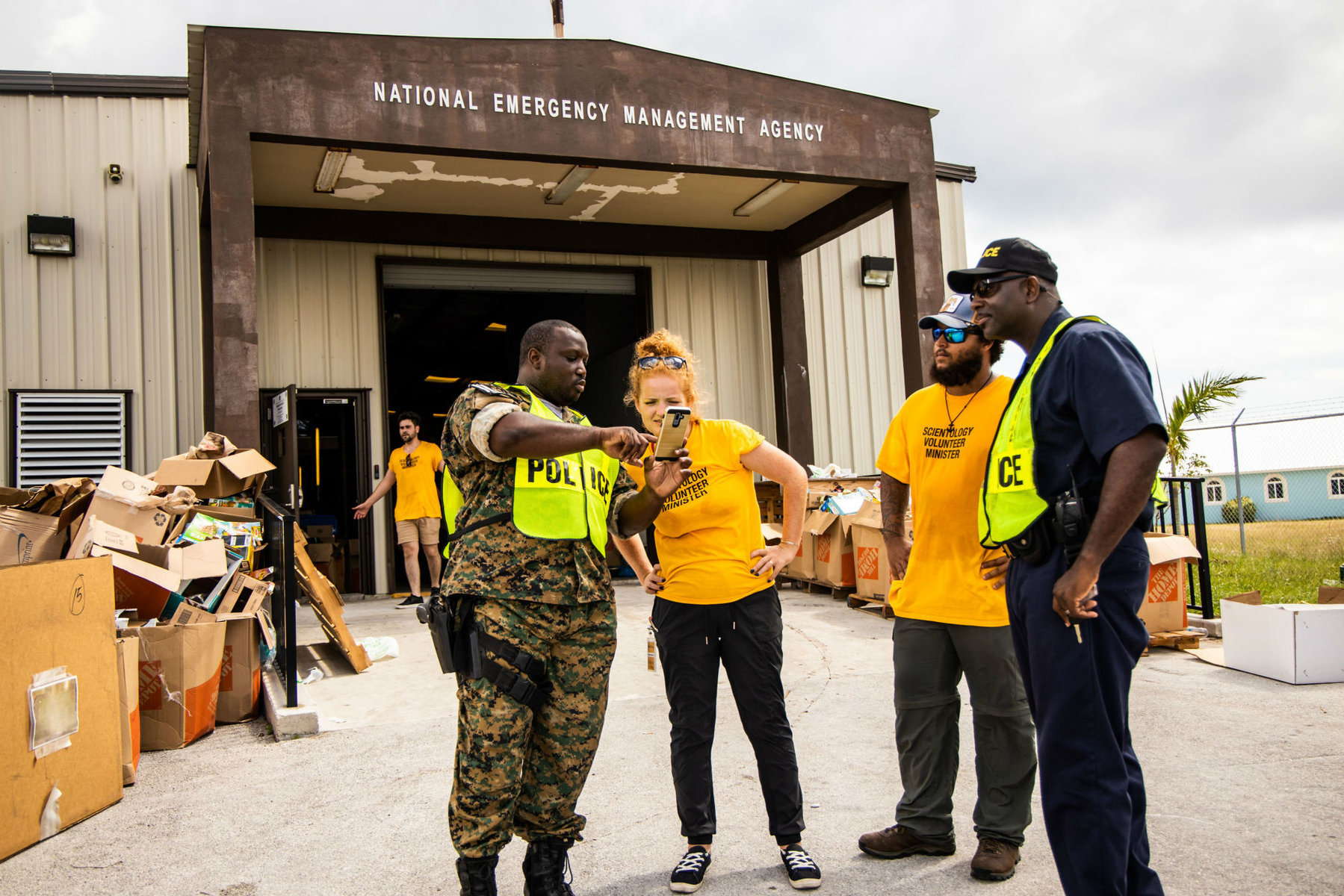 Working in tight coordination with event organizers and the authorities 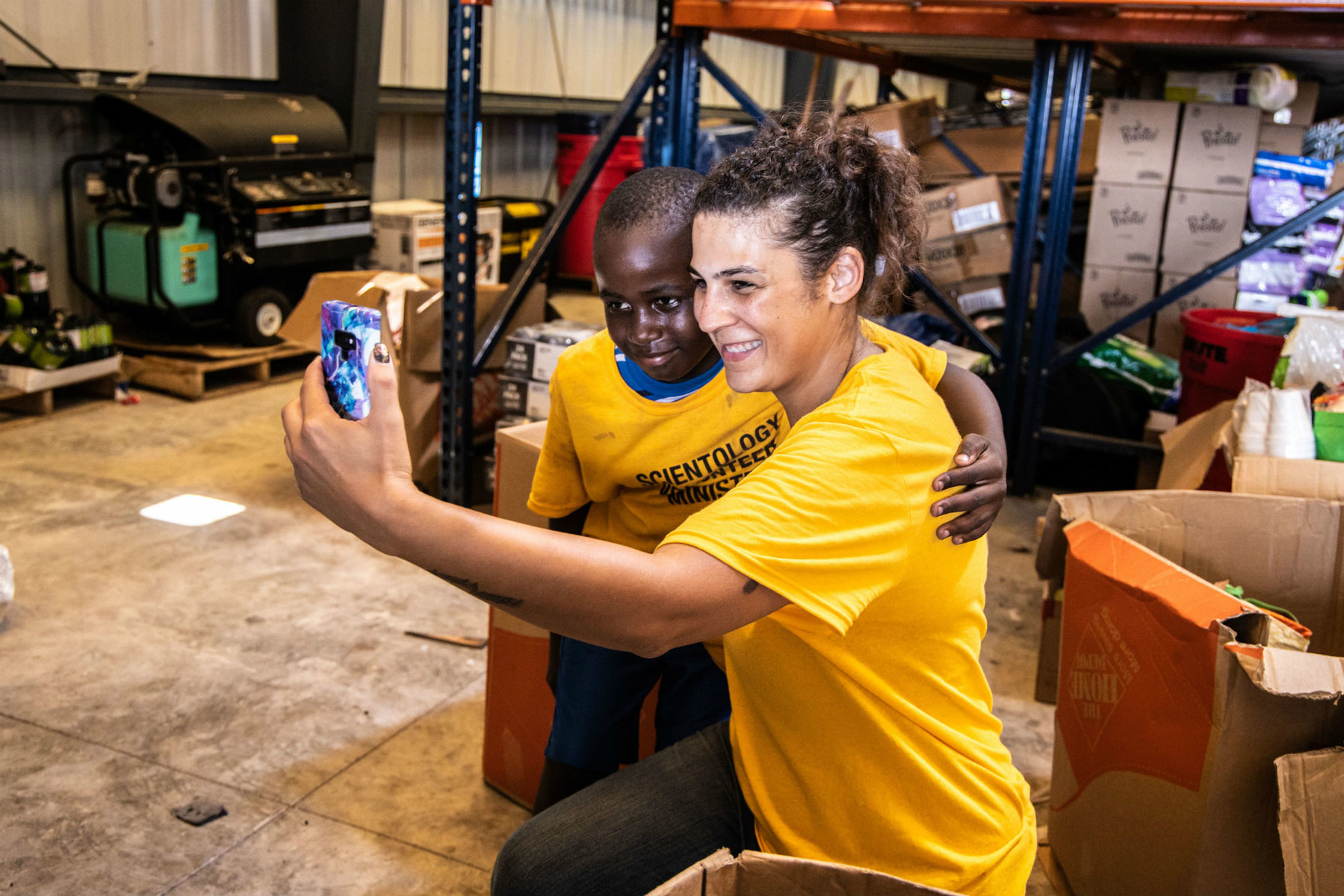 New friendships were made that will last a lifetime

With so many people in need on Grand Bahama Island, the government’s Relief Days are getting needed supplies out of the warehouses and into their hands.

To distribute the aid pouring in to the island, Bahamas Senator Kay Forbes Smith worked out a simple way to get supplies out of the warehouse and into people’s hands. It’s called Relief Days, and this weekend, for the second week in a row, thousands of local residents filled the park in Freeport to collect the food, water and supplies they need. Scientology Volunteer Ministers were among the many nonprofits and agencies who worked at the park to make the event a success.

“We started by 5:30 a.m.,” said Kirstie, one of the Volunteer Ministers who’s been in the Bahamas since the disaster struck. “I estimate we served more than 3,000 people today.”

For two days leading up to Relief Days, Kirstie and her team organized supplies for distribution, but within the first two hours, they started running short. “So we continued to unload, sort and bag new supplies out of the containers and distribute them at our tent,” she says.

A team of emergency room doctors who flew in from Florida came to the Volunteer Ministers tent and asked if they could set up there to run a medical station. All afternoon, the doctors were at the tent helping people with medical needs, with the VMs providing anything they needed to get this done.

“The manager of the warehouse was beyond thrilled,” says Kirstie. “She couldn’t believe how early we showed up. She said we really surprised her with our speed and effectiveness despite the chaos of the warehouse and containers.”

The only downside was the service was so popular, people were having to wait in line in the sweltering heat. “There was a point midafternoon where several people were fainting waiting in line,” says Kirstie. “We worked with the medical team and the Trinidad and Tobago Defense Force who were there providing security and brought snacks and juice to everyone in the line.” It calmed everyone down and everything else proceded smoothly.

Some 600 people are still reported missing in the aftermath of Hurricane Dorian, Prime Minister Hubert Minnis announced last week to the United Nations General Assembly. “Thousands have been left without shelter and food. It is a generational tragedy for the Bahamas.”

The Scientology Bahamas Disaster Response continues to serve, while training local residents in the technology they use.

Scientology Churches in Florida have organized teams of volunteers who are unable to contribute their services full time, but who can travel to Freeport each weekend to provide additional resources to the main body of Volunteer Ministers on the ground.

Anyone who can help should contact their local Church of Scientology or International Volunteer Ministers Headquarters at (800) Help-4YU.

The Scientology Volunteer Ministers – Help to Anyone, Anywhere, at Anytime