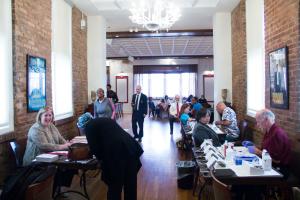 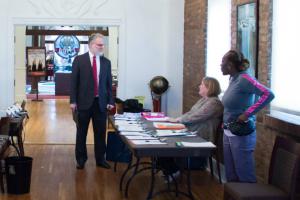 LOS ANGELES, CALIFORNIA, UNITED STATES, November 5, 2019 /EINPresswire.com/ — The Church of Scientology Nashville, in partnership with Drug-Free Tennessee and Nashville General Hospital, held health screenings and drug prevention and education activities for the community. These took place at the Church of Scientology as part of Red Ribbon Week, a national initiative to promote drug prevention and awareness.

Tennessee consistently ranks among the top five U.S. states for substance abuse, according to a report from lakeviewhealth.com. The website describes that despite the rise in opioid addiction, alcohol abuse statistics have remained stable, and alcohol is still the most commonly abused substance in Tennessee. In fact, more than 60 percent of patients who enter state drug treatment programs seek treatment for alcohol addiction and about 1 in 20 Tennessee residents abused or were dependent on alcohol in 2016.

The website describes opioid abuse, specifically pointing out that oxycodone and hydrocodone are the most commonly abused painkillers. Although physicians legally prescribe them, these medications often end up on the black market, which has led to a surge in drug-related crimes in Tennessee. Opioid overdoses have become so widespread that Tennessee pharmacies are permitted to dispense naloxone without a prescription. Naxalone is a medication used to prevent overdose deaths by counteracting the effects of an opioid overdose on an immediate basis until the patient can receive professional treatment.

To protect youth from the disastrous effects of abusing these and other drugs, the Church teamed up with Drug-Free Tennessee, the local chapter of Foundation for a Drug-Free World, to bring the truth about drugs to young people during Red Ribbon Week while also promoting healthy living through free health screenings of glucose, cholesterol, body mass index and blood pressure.

“Not only did we get so much valuable information, we also were able to learn about our own personal health,” remarked Christine G., one attendee.

Red Ribbon Week is a week-long celebration at the end of October to promote a drug-free lifestyle. The Red Ribbon is worn as a symbol in honor of DEA Agent Enrique “Kiki” Camarena who lost his life battling drug trafficking.

Foundation for a Drug-Free World materials demonstrate the dangers of drugs through factual information and interviews with former addicts who give personal perspectives on each of the substances covered.

The Truth About Drugs