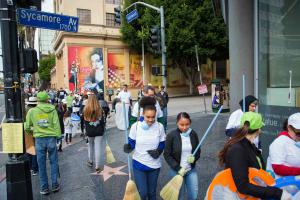 The Hollywood Village initiative cleaned up Hollywood Boulevard for the annual Christmas Parade. 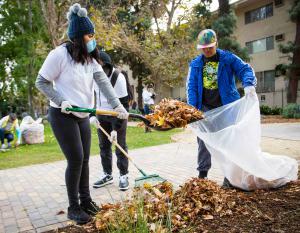 Volunteers young and old joined in the effort to make the parade route perfect. 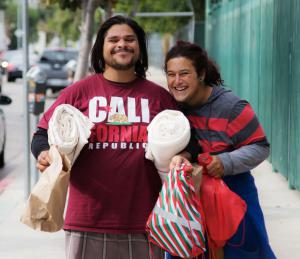 Happy Cash for Trash participants with their new blankets and Christmas-colored bags of hygiene supplies and toiletries. 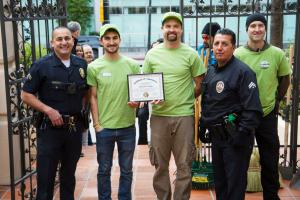 The L.A. Police Department recognized the volunteers with a Certificate of Appreciation for their work. 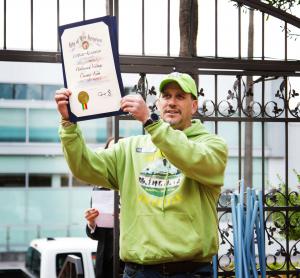 The City of Los Angeles also recognized the work of Hollywood Village.

The city and LAPD present Hollywood Village with proclamations in appreciation of the group’s year-round campaign to keep Hollywood beautiful, safe and clean.

LOS ANGELES, CALIFORNIA, UNITED STATES, December 1, 2019 /EINPresswire.com/ — More than a hundred volunteers took to the streets November 30 for a community cleanup in preparation for the 88th annual Hollywood Christmas Parade. They took on the entire parade route—up and down Hollywood and Sunset Boulevards—leaving them spotless. Volunteers were recognized with certificates of appreciation from the LAPD and the City of Los Angeles.

This Saturday’s cleanup was a special addition to the Hollywood Village monthly initiative that brings the community together to clean up Hollywood and help the homeless. In addition to hauling away trash and safely disposing of contaminated drug paraphernalia, volunteers hand out copies of the common-sense precepts of The Way to Happiness to help those down on their luck rebuild their lives. These neighborhood cleanups usually take place on the third Saturday of every month. This Saturday’s was a special one just for the parade.

Helping with this month’s collection of more than 5,000 pounds of trash were 41 homeless who participated in the monthly Cash for Trash initiative. The program was launched during the September 2019 Hollywood Village cleanup by a local entrepreneur. Homeless people are invited to join the action by collecting trash and bringing it to four weigh stations where they are paid for their work in cash. To add to the holiday spirit, Hollywood Village organized a special lunch for those participating in Cash for Trash this month, thanks to the generous help of local businesses. There were sandwiches provided by Sysco Foods, Which Witch Superior Sandwiches and MacDonalds. The Roman Catholic Monastery of the Angels cloistered convent for women baked spectacular pumpkin cakes for dessert. It was all topped off by all-you-can-drink coffee from Starbucks. Each Cash for Trash participant also received a special gift of blankets, hygiene supplies and toiletries thanks to Rite Aid, Home Depot, Foundation for a Drug-Free World and The Way to Happiness Foundation.

The program was initiated and organized by the Church of Scientology in coordination with The Way to Happiness Foundation and the LAPD with the support and partnership of many community organizations and local businesses and schools and the participation of people of all faiths, ideologies, political preferences and backgrounds, working together to uplift the neighborhood and carrying out their motto of keeping Hollywood beautiful, safe and clean.

Anyone wishing to take part in the Hollywood Village Christmas Cleanup is invited to join the team on Saturday, December 21, at the Church of Scientology Celebrity Centre, 5930 Bronson Avenue at 9 a.m