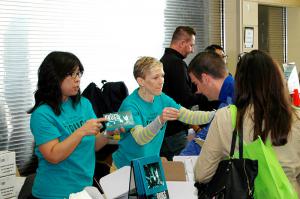 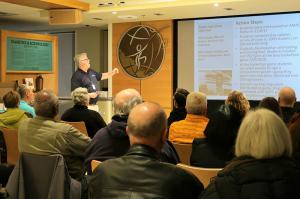 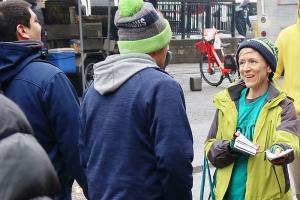 With Washington State responsible for more than a ton of methamphetamine seized this year, Drug-Free World Seattle teams up with educators to reach youth.

At a Society of Health and Physical Educators conference, volunteers staffed a drug education booth and distributed over 11,500 sets of materials to conference attendees. Many teachers who use the program stopped by the booth to tell the volunteers about their success in using it and to thank them.

“This really opened the students’ minds and it was easy for them to relate to,” said a health teacher who has used the program in a middle school. Another recommended other teachers in her school use the materials because of their effectiveness.

The same weekend, at the Washington Traffic Safety Education Association (WTSEA) conference, volunteers distributed nearly 5,000 copies of the materials. One educator told the volunteers how she had shared the booklets with her son. He then brought them to school and gave copies of them to his friends so they too could make the informed decision to live drug-free.

Educators at both conferences ordered Truth About Drugs Educator Kits, which contain the curriculum and all elements for delivering the program in a classroom or seminar setting, including sets of 14 booklets, public service announcements covering the most frequently abused drugs, and the award-winning The Truth About Drugs: Real People, Real Stories documentary.

Drug-Free World volunteers also organized a community open house at the Church of Scientology Seattle featuring a guest speaker from the Washington Traffic Safety Education Association, who presented the volunteers with certificates of appreciation for their work.

Then volunteers then hit the streets to passed out booklets to Seattle Seahawks fans at their home game at CenturyLink Field.

Foundation for a Drug-Free World is a nonprofit, international drug education program supported by the Church of Scientology and Scientologists. Scientology Founder L. Ron Hubbard noted the role substance abuse plays in the disintegration of the social fabric, stating, “Research has demonstrated that the single most destructive element present in our current culture is drugs.” The Foundation was formed in 2006 to serve as the primary distributor of educational materials and to develop new materials to meet the challenge of continually changing drug trends.

For more information on the Truth About Drugs program, visit the Scientology Newsroom.