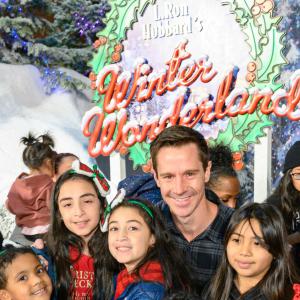 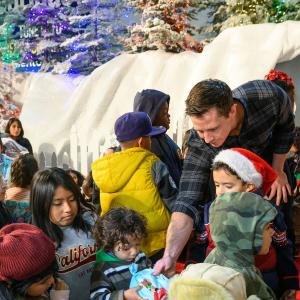 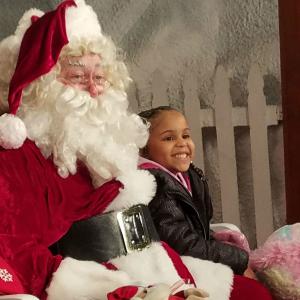 Kids take the opportunity to give their personal message to Santa. 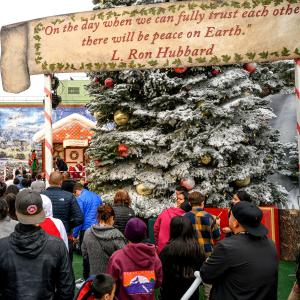 Mr. Hubbard’s universal message: “On the day when we can fully trust each other, there will be peace on Earth.”

Children and their families were treated to a holiday show and toy giveaway with actor Jason Dohring at L. Ron Hubbard’s Winter Wonderland in Hollywood.

“This is a tradition started in 1983 when L. Ron Hubbard donated a giant Christmas tree to the children of Hollywood and has continued ever since,” said Dohring at the opening of Winter Wonderland, which coincides each year with the Hollywood Christmas Parade.

For more than three decades, L. Ron Hubbard’s Winter Wonderland has brought joy to hundreds of thousands of Angelenos—and tourists in town for the holidays from around the world. Winter Wonderland is designed in the motif of a Hollywood movie set, with Santa and his sleigh flying past the Hollywood sign and snow-covered Hollywood Hills. The set, in the heart of Hollywood, one block east of Hollywood Boulevard and Highland, is open daily through December 29, and features Santa, entertainment, and activities for families.

Across the front of the village is a sign bearing Mr. Hubbard’s universal message: “On the day when we can fully trust each other, there will be peace on Earth.”

Visit the Scientology Newsroom for more news about L. Ron Hubbard and Scientology.