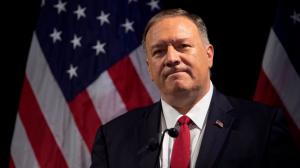 A Genocides on Mike Pompeo’s watch 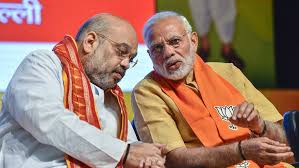 PM Modi is destroying India on all fronts, civility, social cohesion and economy. He is hell bent on ridding Christians and Muslims of India on Hitlerian model

Mike Pompeo has earned a big name in the World for his initiative on religious freedom. It is time for Pompeo to take action, if not it may become a new Afghanistan for America for another decade.”
— Dr. Mike Ghouse

WASHINGTON , DC, UNITED STATES, January 2, 2020 /EINPresswire.com/ — Mike Pompeo, you earned a big name in the World for your initiative on religious freedom. I participated in both the ministerial in 2018 and 2019 and held four side events linking the prosperity of a nation to liberty and religious freedom.

Now, on your watch, a genocide is in the making in India, and you can stop it.

By 12/31/2021, the Christians and Muslims are to convert to Hinduism, live as 2nd class citizens, subservient to Hindu Supremacists, or disappear from India. Their slogan is Christian and Muslim Mukt (free) India. These are under the radar calls from the BJP Members of the Parliament.

Even though Prime Minister Modi says, he respects India's constitution and bows to it every time he enters the Parliament, his intentions are otherwise. Indeed, his minions have prepared an alternate law with his connivance based on the supremacy of Hindutva (different from Hinduism). They are waiting for the majority in the upper house to introduce the Hindu Supremacist constitution.

The Hindu Rashtra – The Hindu nation follows these models:

1. Nazi Holocaust model – The RSS (BJP's Parent organization) manifesto praises Hitler and Mussolini for the concept of pure race and getting 'rid' of Jews from Germany. Their leaders assert that the Hindus need to get rid of Muslims and Christians from India. Prime Minister Modi grew up with that ideology. More at Nazi loving Hindus, Hitler's Hindus – https://www.haaretz.com/opinion/hitlers-hindus-indias-nazi-loving-nationalists-on-the-rise-1.5628532

2. Spanish inquisition model – what Spain did to Jews and Muslims, the Hindus want to do it to Muslims and Christians in India. This article is their road map. How to exterminate Muslims in India – http://centerforpluralism.com/how-to-exterminate-muslims-in-india/

3. A Genocide is in the making in India – If the oppression, lynching, and harassment of Muslims and Christians continue, it could lead to terrorism. Indian Muslims, however, believe that the majority of Hindus will speak up and restore dharma (righteousness) in India, and we pray that happens. https://holocaustandgenocides.blogspot.com/2019/12/india-genocide-in-making.html

Dehumanize fellow Indians through these actions:

Concrete steps were taken on behalf of Modi to dehumanize Muslims, Christians, Dalits and the Sikhs;

1. Kashmir was claimed unilaterally without the consent of the governed, in direct violation of India's constitution and UN resolution. It was done overnight in sync with complete communication shut down and a curfew, which still continues.

2. Draconian citizenship law was enacted. 1.9 million people have been declared stateless. Hindus among them will be given citizenship, and Muslims will end up in concentration camps, similar to how China is treating Uyghurs. The fake reason given was to protect the persecuted minorities from neighboring countries who are Hindus but excluded Myanmar’s persecuted Minorities because they are Muslims.

4. Lynching Muslims on the streets, homes, and falsifying that they were carrying and eating beef. One hundred twenty-five lynched to date with no punishment to the criminals.

5. Fake encounters with police, killing people to frighten the daylights out of the Muslims, Christians, and Dalits.

6. Progressively destroy any signs of Christian and Muslim presence in India by destroying Mosques, and burn the churches. Change the names of cities and thoroughfares.

7. The Democratic institutions of India are operated and managed by Modi's cult members. They did not even spare the Supreme Court, Modi's right-hand man Amit Shah got judge Loya murdered as he refused to discharge Shah from Murder Charges.

8. No more a free press, except a few all, have been covered to carry government propaganda.

9. Indians are protesting, over 33 cities held massive protests including one town with 100,000 people. The BJP guys joined the student's protests at AMU and Jamia Millia Universities and burn the buses to fix the blame on Muslims. Over 50 students are missing and hundreds in Jail and several more wounded.

The consequences, a loss to America

1. A significant loss to America, an ally thus far will become a “country of particular concern” and burden to the United States.

2. India will not be a reliable bulwark against Chinese influence due to internal chaos and instability.

3. India will not be an investment destination for Americans. The corporations with a conscience may not want to do business

4. There are telltale signs of genocide in the making. If these trends continue, India may become a rogue nation like Nazi Germany and may be stuck in an Afghanistan-like the situation for decades to come.

5. The big losers will be Indians, the middle class, and the rich Indians who have made well in the last two decades, stand to lose now.

What can Secretary Pompeo do?

1) The Secretary can leverage bilateral trade agreements with India to end the violation of human rights and restore freedom.

2) The Secretary can demand India to allow the commissioners of USCIRF to visit India and report the facts. It's a shame that American officials are refused a visa to Kashmir and India.

3) The Secretary can ask Article 370 to be restored and let freedom prevail in Kashmir. Let the governance be earned with the consent of the governed. India's first Prime Minister Nehru had said, let's receive the vote of Kashmiris with love and not threats and force.

4) Let the protests continue without imposing a curfew, or commit violence against the civilians and blame them.

5) The Secretary can slap sanctions against Mr. Amit Shah and those involved in violations of human rights, as recommended by the USCIRF.

6) Remove the religious discrimination clause in the citizenship enacted now. Let every Indian be treated as equal.

7) Let there be no harassment and lynchings of her citizens.

8) Indian-Americans who support discrimination laws in India may be required to take a course in the constitution and the First Amendment to keep their citizenship.

If America does not stand up for religious freedom, who will?