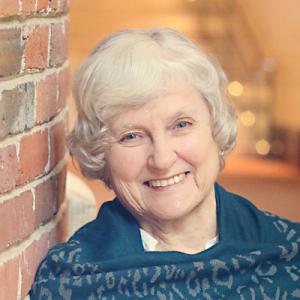 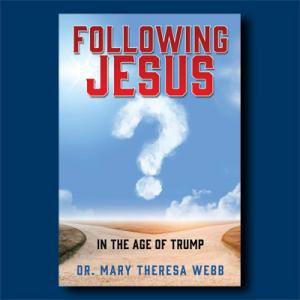 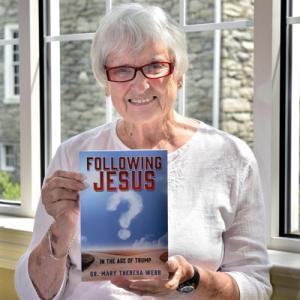 Dr. Mary Theresa Webb is the author of Following Jesus: In the Age of Trump.

“I wrote the book because I was concerned about evangelical support for Trump and why they didn't seem to be following Jesus’s teaching,” says Dr. Webb. “I started a dialogue with some evangelicals who support Trump to find out what their position was to see if we could come to some consensus.”

“I dedicate the book to those who wish to agree to disagree agreeably because there is such a split in our culture that we can't even talk to each other anymore,” says Dr. Webb. “It’s tribalism. I think we need to get back to seeing if we can have a civil society, which we seem to have lost.”

Dr. Webb is a dedicated and proud evangelical Christian. Her mission work has taken her all over the world training church leadership. Today, she is part of a non-denominational movement within Christianity known as the Red Letter Christians, referring to the verses printed in red ink, which indicate the words attributed directly to Jesus. Red Letter Christians believe Christians should be paying attention to Jesus' words and example by promoting biblical values such as peace, building strong families, the elimination of poverty, and other important social justice issues.

Tony Campolo, founder of the Red Letter Christians movement said of Following Jesus: In the Age of Trump: “This short book will force the reader to reflect on what is required if Jesus is to be taken seriously in this age of excesses of political power, deception in government, and unchecked accumulations of wealth. It will disturb you, especially if you support the present administration in Washington.”

“This is what it says in the new Testament and what it means to live a Christian life,” says Dr. Webb. “Some listen to Franklin Graham and they follow what he says. Others won't vote for anybody who isn’t pro-life. Some believe Trump is protecting the country from immigrants, which I cover extensively in my book. Most pick and choose sections of the Bible and interpreting them for their own purposes.”

Dr. Webb says when you have a culture that is resistant to change and life has been disrupted, people look for easy solutions. What frightens her most is that people will follow a charismatic leader no matter what language he uses, lies he tells, or people he demonizes. When that happens, our democracy is threatened.

“What we have is called Trumpism followers: people who follow blindly and irrationally. I believe Trump is using this group of Christians for his own purposes, and they overlook everything he says and does because they believe God has chosen him to usher in a new Christian age. A dangerous New Apostolic Movement encourages Christian control over politics, culture, and business leading to a theocratic government, led by self-appointed prophets and apostles,” says Dr. Webb. “We're right at the brink and if we allow this to go on, it will be to our great peril as a Democratic nation. If one person changes their mind about President Trump from my book, it will be worth it.”

Listen to the show on BlogTalkRadio