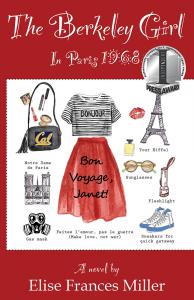 The Berkeley Girl In Paris, 1967 by Miller 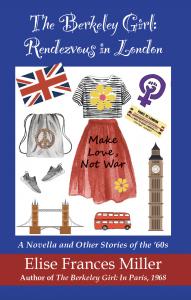 The Berkeley Girl: Rendezvous in London

6,251 Americans have been killed in war since 2001. 45,170 American soldiers have been wounded. In the sixties we had anti-war protests. Where is everybody?

… now, with no draft, no one protests, or even debates, our perpetual state of war…”
— Elise Frances Miller

My friends who were late 1960s and early 70s college students like to reminisce about the positive social and political outcomes of our youthful actions. We generally focus on civil rights for varieties of underrepresented groups in America, including women. But what I rarely hear mentioned is one of the most profound results for both individuals and society: the abolition of the military draft.
Today, every member of the various military branches is there because they joined up. Initially inspired to enlist by patriotism after the 9/11/2001 attacks, many continue to do so for that reason today. Others, among them the very people who were fighting for their civil rights in the 1960s and 70s, are lured by the economic and educational opportunities.
In 2002, my neighbor was a single mother named Becky with one son named Michael. Michael had taken a few dollars from us to help us move into our San Mateo apartment in 1998, when he was a good-natured, well-muscled kid of 14. Over coffee, as war raged in Afghanistan, Becky revealed that Michael had signed up for the army with a high school recruiter. Then she set her cup down and began to cry. She was overcome with guilt, because she could offer him no viable alternatives. No money for college or adult independence of any kind.
A related story from an earlier era. Since my father’s service as a naval shipbuilder and his innovative ideas regarding machines and electronics earned him an exemption from the World War II draft, he promised my mother that he would find a way to keep my brother out of the Vietnam War. When he failed, my mother was devastated, as was I, his only sibling.
I remember walking around the Berkeley campus in a daze, crying myself to sleep and dreaming about explosions and blood. I drove my roommates crazy. Not just for a few days, but for the next two years, while my brother was deployed to the Lai Khe South Vietnamese army base.
Even without the draft, I imagine such scenes repeated over and over again across America in the 18 years since the shock of the Twin Towers falling. Did you know that 6,251 American soldiers have been killed in war since 2001? And 45,170 American soldiers have been wounded during those wars. That is a lot of people, men and women, and a lot of families torn apart and suffering.
Then what, I now ask myself, if there had never been a Vietnam War? How has the termination of the draft changed America?
When I wrote my two Berkeley Girl books, I was inclined toward pacifism, vehemently opposed Bush’s Iraq War in 2003, and wanted to write about my generation’s war as a warning.
In recent years, the erratic policy of our president has pulled me away from pacifism, though I still believe war is a senseless way to solve conflicts. But in researching and writing my books, then experiencing our present era, I have been struck by the influence of America and its military on the world.
The May 1968 Paris Revolution and a month later, the women’s strike for fair wages at the Dagenham Ford Motor plant, are accurate historical renditions. In both Paris and London, people were aroused by events in America. In Paris, the inspiration came from the Vietnam War protests, and “The Berkeley Girl” was how Parisians thought of my protagonist Janet Magill, who had come from that world-renowned campus, with its “free speech and protest demonstrations.” In London, people were also tasked by the Berkeley spirit to demand equal pay for women’s equal work.
Without dwelling upon our current presidency with its unstable and weird personal war policies, I can bemoan differences which are currently generating never-ending and unwinnable wars. To name just two: social and mass media that did not exist in the 1960s, generating polarization at home and terrorism worldwide; and unregulated, corporate arms sales. We now have a far more dangerous situation—and just imagine if with all this, we still had the draft!
Over the years, I have gone through various phases of appreciation and upset: relief that no one has to suffer as our family did from the draft. Exasperation that now, with no draft, no one protests, or even debates, our perpetual state of war and gargantuan American military budgets.
Many anti-Vietnam war players, ideas and actions began where I live today, in the San Francisco Bay Area. Subsequently, there are peace movements nationwide, but without the draft, there have been no noticeable anti-war protests since an ineffective spattering in 2003.
Where is any effort, by the elected or by groups of voters, to envision a stable, meaningful military policy? With all the myriad and significant issues we have going on today (climate, women, immigration, bigotry, etc.), which instigate forums, cadres of letter-writers, or literally millions taking to the streets, how do we maximize the blessing of the draft’s termination? With history as our instructor, why not choose to be effective and boisterous advocates for a sensible, meaningful international military policy?