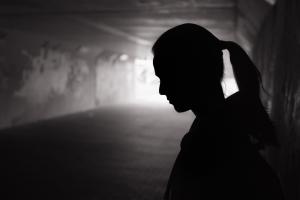 Persecution of Shincheonji members has escalated to an alarming rate.

I was horrified to come across so much inaccurate nonsense about Shincheonji in international media outlets.”
— Massimo Introvigne

NEW YORK, NY, USA, May 11, 2020 /EINPresswire.com/ — “In the following days, all hell broke loose.” Massimo Introvigne is an Italian sociologist of religions and the managing director of CESNUR (Center for Studies on New Religions), describes the situation during the coronavirus outbreak in South Korea. He explains he met many people while studying Shincheonji and became concerned about their health. Introvigne was “horrified to come across so much inaccurate nonsense about Shincheonji in international media outlets.” He recently discussed these issues in a brief essay titled, “Pandemic Monitoring Without Scapegoating: Lessons from the Shincheonji Community of South Korea.” He criticized reporters who “presented themselves as amateur theologians overnight, or they simply relied on low-level Internet sources.” Introvigne says he felt a responsibility to address the quickly spreading misinformation.

Introvigne gives a brief summary of Shincheonji’s theology. He states it is “certainly distinctive, as it believes that some of the events described in the Bible’s Book of Revelation indeed already took place in South Korea.” However he emphasizes its theology of the “Millennium, a thousand-year kingdom without illness or death,” is not distinctive, rather a belief that is shared by millions of conservative Protestants.

He clarifies that media sources have confused Shincheonji’s idea of the Millennium with its attitude toward the present world. Members believe no hospitals will be needed in the Millennium, because illnesses will disappear at that time. Currently some Shincheonji members work in hospitals themselves as doctors and nurses. He declares, “It is totally false that Shincheonji’s devotees regard themselves as invulnerable to sickness or refuse modern medicine or medical tests when needed.”

Massimo Introvigne asks the question, “Why were so many fantasies about Shincheonji believed by some Korean and international media outlets?” He proposes the answer is connected with the history of Protestant Christianity in South Korea and the work of conservative western missionaries. After the Korean War arch-conservatives and fundamentalists came to comprise the majority of local Protestants. They were able to learn from their American counterparts how to block vote and exert influence on the media and political figures. He asserts, “Their seemingly unstoppable growth found an obstacle in Christian new religious movements, among which, according to CESNUR, Shincheonji is the fastest growing in South Korea. Rather than asking themselves why a significant number of their members were converting to Shincheonji, they explained its growth with the usual laundry list of accusations against the “cults” and tried to have it banned well before the coronavirus.”

In a report titled, “Coercive Change of Religion in South Korea,” published by Human Rights Without Frontiers (HRWF), a non-profit organization based in Belgium, abuses of human rights violations are outlined and the way in which opponents of Shincheonji took the law into their own hands is explained. The report details how parents kidnapped and detained their adult children, and pastors attempt to “deprogram” and “de-convert” them from what they view as a ‘cult.’ The practice of deprogramming in South Korea was internationally condemned when a female Shincheonji member was killed in 2018 when she tried to flee from deprogrammers. The book details the tragic stories of thousands deprogrammings incidents involving Shincheonji’s members.

HRWF and CESNUR collaborated to investigate what exactly transpired in regard to Shincheonji and the coronavirus. They published a white paper on Shincheonji and Coronavirus titled, “Sorting Fact from Fiction.” They summarized the events as follows:

“What is certain about Shincheonji and the virus is that Patient 31, a female Shincheonji member from Daegu, was hospitalized after a minor car accident on February 7th, diagnosed with a common cold, and subsequently released to resume her normal life. Upon her release, she attended several Shincheonji services and set in motion a chain of events leading to thousands of her church’s members being infected. As her symptoms worsened, she returned to the hospital on February 18th where she tested positive for the coronavirus. Patient 31 claims that nobody told her about a possible viral infection before February 18th. She also maintains that the claim by the hospital’s doctors that she was offered the test twice before and refused ― which one can also assume to be their attempt to cover themselves and shift the blame ― is false. The doctors could have forcibly quarantined her before February 18th, but they did not do so. Within hours of learning about Patient 31’s condition, Shincheonji closed all its churches in the country.”

The white paper details events involving government-requested lists of more than 200,000 Shincheonji members. It quotes the statement by Korean deputy minister of Health, Kim Kang-lip, explaining that there was “no evidence that Shincheonji supplied incomplete or altered lists.” They did include minor mistakes, which is common for large compilations. Even though the lists were submitted within six days of government request, the church’s premises were raided. Lists of members were seized and compared to the initial lists that Shincheonji supplied. It was concluded by authorities that the “discrepancies were minor and that Shincheonji had not been guilty of supplying incomplete or false data.”

Introvigne comments on members who hide their affiliation with Shincheonji in schools and workplaces due to possible job termination or even physical violence. CESNUR has examined upwards of 7,000 incidents of discrimination against Shincheonji members during the COVID-19 pandemic. Two female Shincheonji members fell from the windows of their apartments and died. Allegations point to husbands who were hostile to their beliefs and previous domestic violence reports. These incidents are still being investigated and are cause for serious concern. The United States Commission on International Religious Freedom has expressed concerns about the scapegoating of Shincheonji.

The paper concludes by mentioning the chairman of Shincheonji, Man Hee Lee, gave a public apology for the mistakes made during the start of the coronavirus outbreak. He asserts, “These mistakes do not amount to criminal negligence, and scapegoating an unpopular movement for an epidemic is something we have already seen in history.”