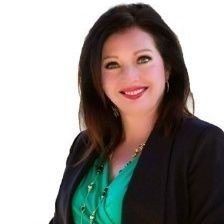 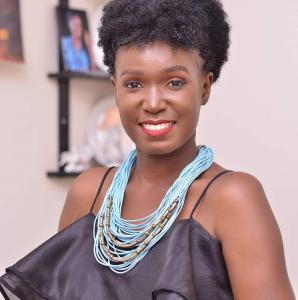 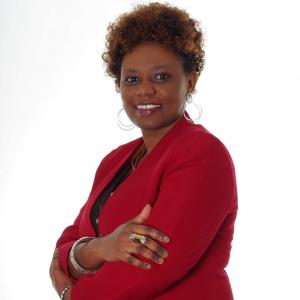 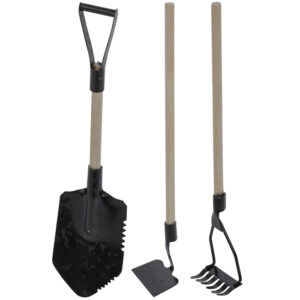 The Tools Provided To Help Start The “Plant A Garden Project” 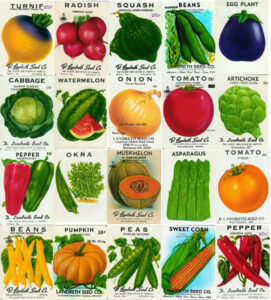 Dr. Christine Kozachuk founder and CEO of Every Girl Wins Institute, announces the “Plant A Garden Project" expands to Uganda and the UK.

I am excited about the amount of people we can help, however as individuals, companies, religious organizations and governments come along side of us to participate we will be able to help millions”
— dr. Christine Kozachuk founder and CEO of Every Girl Wins Institute

CHARLOTTE, NORTH CAROLINA, USA, May 12, 2020 /EINPresswire.com/ — Dr. Christine Kozachuk founder and CEO of Every Girl Wins Institute, announces the “Plant A Garden Project" expands to Uganda and the UK.

Dr. Kozachuk states, that I am excited about the amount of people we can help as an institute, however as individuals, companies, religious organizations and governments come along side of us to participate in the “Plant a Garden Project” we will be able to help millions. That is why we are implementing the “Sponsor a Girl Sponsor a Village Program.”

The Every Girl Wins Institute launched the program in Kenya by providing 10 girls with the tools and seeds necessary to plant and grow a garden. The garden project is a part of the economic and entrepreneurship literacy program. The goal is to help women and young ladies around the world to be self-sufficient.
1 Provide food for her and her family.
2 Provide income by selling the vegetables.
3 Provide self-confidence and a sense of achievement.
The program was created to allow people to sponsor a young lady for only $85; this will give her the tools and seeds she needs to begin her success in being self-sufficient.

The Plant a Garden project has been expanded to include Uganda and the UK, Every Girl Wins Institute will collaborate with, Isobel Muganyizi in Uganda, she is a Global Youth Leader, Public Speaker and Author. In the UK we will be working with Dr. Julian Businge from London Founder of Pease Property Education, Co-Founder of World Greatness Awards and a Royal Fashions Expert.

To learn more about the plans for this program in Uganda and the UK or to be part of this program internationally, or participate as a sponsor go to: https://everygirlwins.com/garden-project/

According to Isobel Muganyizi,“I am excited to bring the Every Girl Wins “Plant A Garden Project” to Uganda and to not only bring hope but a practical solution that can change the future for a lot of woman and young ladies along with entire villages.

According to Dr. Julian Businge, “bringing the Plant A Garden project to the UK is an honor and a program that I believe will gain momentum globally, and I believe that it is this kind of program where not only individuals will be impacted but villages as well as countries.”

Dr. Kozachuk is a hands on leader and on her trips to different countries through out the world she has inspired and motivated thousands, where ever she speaks she mentors the women and girls to know, no matter what they are going through, they can create the life they deserve, that they are WINNERS! Dr. Kozachuk says, all women and girls have dreams for a better life in which Dr. Kozachuk knows with the right tools, education, and guidance they will succeed. Dr. Kozachuk believes that the “Plant A Garden Project” is one of those programs that can create a better life, as well as help women and young ladies around the world to be self-sufficient

Dr. Christine Kozachuk states, “I believe that as we work with local leaders to implement the “Plant A Garden Project”, we will inspire others to implement the same program and together we can change the quality of life for young ladies around the world”. Dr. Kozachuk added I truly believe what has been shared for years by many leaders, educators and organizations and was proclaimed by Lao-Tau in 1986, Lao Tzu said that if you give a hungry man a fish, you feed him for a day, but if you teach him how to fish you feed him for a lifetime. Dr. Kozachuk feels that the principal applies as much today as the day when it was spoken by Lao Tau.

The program is supported and endorsed by Ambassador Dr. Clyde Rivers
Dr. Rivers is the founder of I Change Nations and International World Civility Spokesman Dr. Rivers states “ I believe that Dr. Kozachuk’s program will create a paradigm shift in the lives young ladies and will help them to sustain themselves and make them self-sufficient from the shortages that are being cause by the COVID-19 pandemic.”

I Change Nations was founded by Dr. Clyde Rivers, Dr. Rivers is the acting Representative to the United Nations – New York for the Interfaith Peace-Building Initiative (IPI) and the United Nations Department of Public Information (DPI Dr. Rivers is the acting Ambassador and the Director of the North American Division of the Golden Rule International.
Dr. Clyde Rivers is the Spokesperson for the World Civility Day, Community Civility Counts Initiative, Dr. Rivers has been honored internationally and has received numerous awards. Recently Dr. Clyde Rivers, received his 2nd Presidential Award for 2019 at the United Nations Association of El Salvador in New York City, Dr. Rivers received the Presidential Award for his volunteer service to the citizens of the United States of America. In 2017 Dr. Rivers won the United States Presidential Life Achievement Award for over 4,000 hours of serving the nation and humanity Dr. Rivers is the recipient of the Danny K. Davis Peace Prize 2017, U.S. Congressman of Illinois. This annual Congressional Award given for excelling in his field and making a difference in people’s lives.In 2017 International Spokesman for World Civility Ambassador Dr. Clyde Rivers was appointed as International Board Chairman of OPAD.
Dr. Rivers was given the Title of Don/Sir Dr. Clyde Rivers as he was Knighted into the original Kingdom of Guatemala, and the great city of La Antigua the first city established by the Spanish Monarchy. Knighted by Lord EDUARDO L. PRADO S. the Commodore De Santiago De Los Caballeros De La Antigua Guatemala Dr. Rivers is the recipient of an Honorable Mention for the American Civic Collaboration Award 2017 – Celebrating Partnerships that Strengthen America Dr. Clyde Rivers is the Honorary Ambassador at Large for the Republic of Burundi, as appointed by H.E. President Pierre Nkurunziza and Special Advisor to President Pierre Nkurunziza, President of Republic of Burundi Africa.

I Change Nations is a Culture of Honor System, the organization is committed to bringing back the lost art of honor by building a Culture of Honor that recognizes individuals throughout the world who have exemplified extraordinary humanitarian efforts to effectively change nations. We honor people and organizations that believe every life is valuable and is Plantd to bring a contribution to the world. ICN is the largest “building cultures of honor” network in the world.

The Every Girl Wins Institute was created based on the life skills and observations of women of the world from the founder. What she has experienced is the beliefs of women are holding them back from creating the life they deserve. Over and over again, she would hear women talk about not being confident enough or worthy enough because of certain circumstances that have happened in their lives.

The founder herself had also experienced the same things in her own life from childhood poverty, being a child bride with three children by the time she was eighteen. Having been abused physically, mentally, emotionally, and sexually, she understands suffering and feeling unworthy. She never let that stop her from winning and creating the life she deserved.

Dr. Christine Kozachuk is a World Civility Ambassador, International Speaker, International Award Recipient, Entrepreneur and Author.
Dr. Kozachuk owns multiple successful businesses including RC Mobile Truck Repair Services for more than twenty-four years, Every Girl Wins Institute that helps women rewrite the definition of their lives and Co-Host of The Real Business Women Of Charlotte. Dr. Kozachuk was the managing director of Charlotte’s International eWomenNetwork-ing group for over two years. She successfully opened and operated two fitness studios, Pink Ice Ladies Fitness Center and Fit N Free for Life in which she not only ran the studios but instructed and encouraged every client.

Dr. Kozachuk has served on the board of Home4Me for over two years. Home4Me provides our teens and young adults in foster care with guidance, mentoring and encouragement at the time in their lives when they need it most.

Dr. Kozachuk has written and co-authored several books and a Mp3
How Can I Plant the Life I Deserve? (K.N.O.C.K. Formula)
Live Your Best Life-Walk by Faith
Letters of Love, Dear Loved One
The Chronicles of The Chosen-Living Life by Design
Do It Yourself Podcast-Step by Step Guide for Beginners
Meditation Mp3
Freeing Yourself from The Chains of The Past

To find out more about the International Every Girl Wins Day or to get involved or be a sponsor go to: www.everygirlwins.com