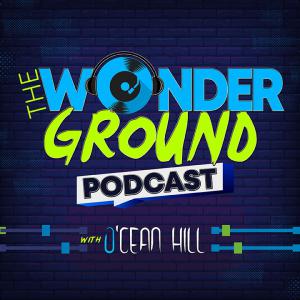 The Wonderground Podcast with O’cean Hill 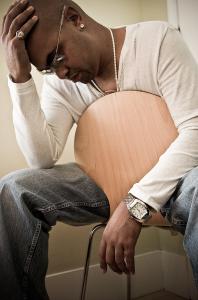 It’s all about education, motivation, and inspiration all mixed into one with a lot of love, fun and laughter to bring you the ultimate experience.”
— O'cean Hill

"It’s all about education, motivation, and inspiration all mixed into one with a lot of love, fun and laughter to bring you the ultimate experience,” says O'cean. "This is the show that shows the world that it's cool to be a Christian.”

In early 2020, O’cean released his debut Christian music single, “Now Is The Time,” bringing Christian music fans an infectious new sound, and an entirely new genre he calls “Abstract Swing.” Described as a fusion of salsa beats, African rhythms & pop melodies topped off with a hip-hop swing, O’cean uses his Puerto Rican roots and the Afro-Caribbean influences that he was exposed to while growing up in Puerto Rico.

O’cean comes from humble beginnings. He was raised in Puerto Rico and the Bronx — down the street from future entertainment icon Jennifer Lopez, who was literally "Jenny from the block" to O'cean. His love for music awakened at the early age of four while watching television appearances by legendary performers like Elvis Presley and Michael Jackson. The power and the presence of these legendary entertainers heavily influenced the development of his musical trajectory. At the age of 12, O’cean started writing songs and by the time he was 15, he was already producing and arranging his own music.

While most artists get their start in small bars, coffee houses, or clubs, O’cean’s first professional gig was as the opening act for New Kids On The Block at the Lynn Memorial Auditorium outside Boston, Massachusetts. Before long, he was opening for major acts such as The Commodores, Will To Power, and Brenda K. Starr. He also was included as a featured artist for the 2005 Latin Billboard Awards Showcase, and soon found himself hosting and producing the MTV International series Da’Klick, where he interviewed the top Latin singers and rappers.

O’cean is currently in the studio working on his upcoming album release, a Christmas single, and more. He is featured on PLAY MPE’s new Messages of Hope, Volumes 2 & 3, alongside artists like Kirk Franklin, Koryn Hawthorne, Sidewalk Prophets, Travis Greene and many more. The inspirational messages are currently airing on radio stations everywhere.