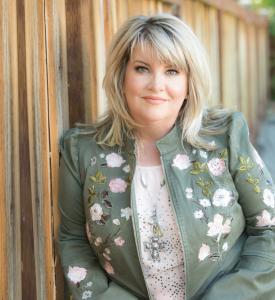 In the midst of a global pandemic and civil unrest, a patriotic music video from Christian singer-songwriter Gretchen Keskeys is inspiring thousands online.

I believe that there is a national grieving taking place.”
— Gretchen Keskeys

NASHVILLE, TN, USA, July 2, 2020 /EINPresswire.com/ — In the midst of a global pandemic and civil unrest, a patriotic music video for the song "God Will See Us Through” from Contemporary Christian music singer-songwriter Gretchen Keskeys, is inspiring thousands online. Keskeys quietly dropped the video in late 2019, as a promotional tool for the song from her latest album, “Words of Truth” (Creative Soul Records). Six months later, the video is finding an audience and providing comfort for thousands in what many would consider God's perfect timing.

Watch the video for "God Will See Us Through” here: https://youtu.be/NWpm8vDOQ7I

Like many Americans, Keskeys, who has a journalism background and had been a talk radio producer early in her career, keeps a watchful eye on current events. "I saw a near Civil War bitterness occurring and it got me thinking back to the real Civil War and other trying times in our country,” says Keskeys. "In those dark times, there was a thread that kept us going, and that was our reliance on God. I remembered Congress singing 'God Bless America' on the Capitol Steps in the days after 9/11. And I remembered what a beautiful sight that was. It brought such comfort. I thought, if only we could all do that now. And that really is how this song was born.”

As we face some of our most difficult days, Keskeys is thankful that the song's message of hope is touching hearts. Keskeys edited the video herself, carefully choosing clips that represented the message that she wanted to get across. The video was completed prior to the current controversy surrounding American statues and monuments, but as it happens, the video features many of those iconic American symbols. Says Keskeys, "I am thankful for that because I think it reminds us how important they are to America and how much they mean to Americans. That has been emphasized repeatedly from the numerous comments I’ve received.”

Those comments have flooded in as the video continues to be shared via social media, with viewers noting the relevance of the video’s lyrics and imaging during these troubled times and many stating that the video "needs to be heard by every American.”

“I believe that there is a national grieving taking place,” says Keskeys. "We’ve lost loved ones to Covid-19, and we’ve lost precious life events and milestones such as graduations, weddings, funerals, and birthdays. Businesses have been lost and destroyed. Monuments have been threatened and ripped down. For good or bad, it is loss. And loss is one of the most difficult things we deal with. But, we have a God who brings hope because He restores what has been lost."

About Gretchen Keskeys: Gretchen Keskeys’ latest album, "Words of Truth," may very well be considered her most inspirational to date. Released in November 2019 by Creative Soul Records, Keskeys' third studio album features eleven songs inspired by the healing truth of Jesus Christ and His Word. Over the last 5 years, Christian music fans have quickly embraced Keskeys as one of the most powerful female voices in the genre. She stormed onto the scene in 2016 with her debut album, "Walking in the Spirit,” and 2017’s follow up, “Pure Hope.” She's made frequent appearances on Christian television programs nationwide, including stops at Cornerstone TV’s “Real Life,” Christian Television Network, “Atlanta Live,” “Babbie’s House,” and even Fox News Channel. Keskeys regularly performs at churches, events and women’s conferences nationwide, where she openly shares her songs alongside an inspirational testimony detailing her complete deliverance from anxiety and depression. And she is also a regular worship leader at the Folsom Women’s Facility at Folsom Prison.

For more information, visit the official website at www.gretchenkeskeys.com.

Gretchen Keskeys, “God Will See Us Through” (Creative Soul Records)