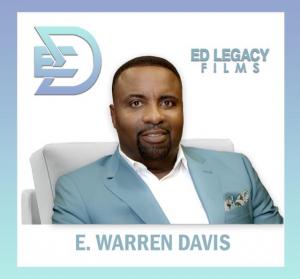 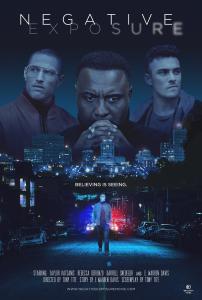 . If this movie was filmed 8 years ago, it would not have worked. The time for this film is now, said Davis.”
— Eric Warren Davis, Executive Producer

COLUMBIA, SOUTH CAROLINA, US, July 29, 2020 /EINPresswire.com/ — For 8 years, Negative Exposure, incubated in the consciousness of Eric Warren Davis. Following the shooting death of Trayvon Martin, Davis participated in a meeting of religious leaders and observed the disparity in attendance from people of color as well as the lack of compassion and empathy for violence against Blacks.

Davis thought of bringing a story to the screen that could “flip” society and present the reality of racism in a way that speaks to our differences as a society, while focusing on our similarities as individuals seeking equality and relevancy. “Is Perception The Reality?” The answer to this question is found in the soul stirring conclusion of the film. Filmed in Columbia, South Carolina, for ED Legacy Films, with a screenplay co-written by Davis, and his Director Tony Tite, Davis makes his acting debut as the troubled Pastor Robert Kingsley. “My main challenge in getting this film off the ground was to find a Director who understood where I was trying to go with this film. Tite understood my vision for the story and he knew the times had to catch up with the movie. If this movie was filmed 8 years ago, it would not have worked. The time for this film is now,” said Davis.

The film mirrors the harsh and abrasive reality of a society divided along racial lines. Jayson Gresham (Taylor Katsanis) is a young White man trapped in a cycle of poverty and neglect. His community is in decay. Drugs, gang violence and police indifference and harassment are as common as a cold. Jayson’s dreams for building a better life for his young daughter come crashing down when he is caught in the middle of a confrontation between the police and the privileged son of Pastor Kingsley. The film will premiere on August 21st and will be available to download at www.negativeexposuremovie.com. A Sneak Peek Media Screening will be held on August 8th in Atlanta, Georgia. Media can register at: eja495@aol.com. Seating will be limited.

Partnering with the National Black Caucus of State Legislators (NBCSL), an organization representing more than 50 million Americans of various racial backgrounds, Negative Exposure is the “clarion call-to-action” initiated by more than 700 legislators who are NBCSL members. Described as a “Parabolic Film,” Negative Exposure uses life experiences to highlight spiritual principles. The collaboration with the NBCSL goes one step further, adding legislation to transform policing into a model that is equitable and safe for communities of color. “The Solution is in the Resolution,” adds Davis. “We want to take audiences out of the dark into the light. Negative Exposure is the film to do that.”
-30-