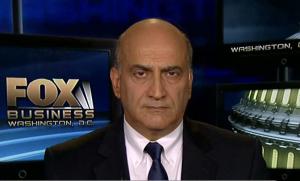 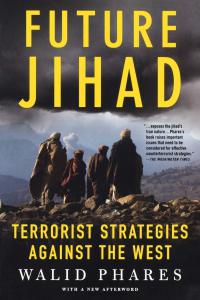 WASHINGTON, DC, USA, September 8, 2020 /EINPresswire.com/ — American Mideast Coalition for Democracy’s advisor, Dr. Walid Phares, was gratified by the decision to dismiss the case brought by Mohamed Sabra and the Council on American Islamic Relations of Arizona against Maricopa County Community College and Professor Nicholas Damask in federal court. CAIR’s attorneys argued that Sabra “was punished for refusing to agree with an anti-Muslim professor’s unconstitutional condemnations of Islam during a Political Science class” and that he was forced to disavow his religion.

The ruling held that merely being exposed to ideas which are contrary to a student’s own, and being asked to demonstrate an understanding of those ideas, does not in any way constitute harm. It is, in fact, a central object of education. The ruling states:

"Examining the course as a whole, a reasonable, objective observer would conclude that the teaching’s primary purpose was not the inhibition of religion. The offending component was only a part of one-sixth of the course and taught in the context of explaining terrorism. One aspect of terrorism is “Islamic terrorism.” Only in picking select quotes from the course can one describe the module as anti-Islam. Dr. Damask also quotes Peter Bergen for the view that the terrorist threat comes from radical terror groups that represent a “twisted” variant of Islam as a whole. Further, as Plaintiff’s counsel misstated in oral argument, Question 19 of Dr. Damask’s quiz on terrorism states: “Walid Phares notes that although ‘gullible’ Westerners are taught that jihad can have two meanings, people in the Arabic world understand that its overwhelmingly obvious meaning is______.” (Doc. 1, Ex. 3). This question merely asks students to identify the opinion of Walid Phares regarding Islam, not to adopt his position on Islam.

"Thus, the Court finds that the primary effect of Dr. Damask’s course is not the inhibition of the practice of Islam. Therefore, the Plaintiffs’ Establishment Clause claims must be dismissed pursuant to Rule 12(b)(6)."

“Besides,” said Imam Mohammed Hajj Hassan of Detroit, “Dr Walid Phares has no position regarding any religion, including Islam. He doesn’t write on theology. His books and articles address a political and ideological movement, a very specific one, the Islamists, otherwise known as Jihadists.” He added, “But CAIR, a political movement, wants to politicize academia and claim the issue is about the core of a religion, which it is not. It is about history in the Middle East, which they want to be interpreted based on their ideological agenda. Phares said that most people in the region know exactly what Jihad is, it is embedded in history and argued that the way that concept is taught in the West is different. CAIR wants to impose its own interpretation on the classroom. The professor wanted to present multiple views. The court understood it was about freedom of thought not religion.”

The court also ruled that the Council on American Islamic Relations had no standing to sue. It is well known that CAIR was formed as a front group for the Muslim Brotherhood and Hamas in the U.S., although they pose as a human rights organization. They are listed as a terrorist organization by the United Arab Emirates.

“If somehow CAIR had won this lawsuit,” said AMCD co-chair, John Hajjar, “one part of the Constitution (guaranteeing freedom of religion) would be used to suppress another freedom – freedom of speech. This is clearly not what the Founders envisioned.”

“Freedom of thought is essential for the full flowering of human potential,” added AMCD co-chair, Tom Harb. “All ideas, including religious ideas, must be subject to examination and debate. Without this essential freedom, human progress is impossible.”

“I am very pleased by this ruling, even if it did involve a slight misunderstanding of my work,” remarked Dr. Phares. “I am very gratified that academic freedom was protected by the court.”