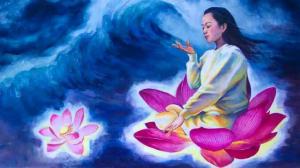 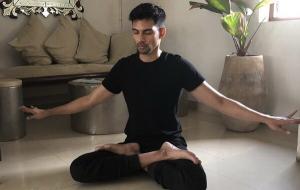 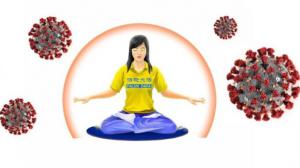 In today’s fast paced world we all aspire to have a body free of illnesses and a mind free of anxiety and tensions. Is there really any way out for us?

Take this opportunity to explore the wonderful mystical world awaiting you at meditation portal”
— Surendra Rao, President of alun Dafa Association of India

KOLKATA, WST BNGAL, INDIA, September 10, 2020 /INPresswire.com/ — Meditation at one time was considered something solely for those seeking spiritual enlightenment. But things changed in the sixties and seventies with the Beatles and then the New Age generation. It slowly caught up to be a trendy, mainstream activity and people swore by its tangible health benefits.

An overview of Meditation shows how popular the practice has become:

Over 14% of US adults have tried meditation at least once. With an estimated adult population in the US of 253 million adults that works out at nearly 36 million people. Globally its was estimated up to 500 million people meditate and are interested in meditation. 10 times more children used meditation in 2017 than in 2012, estimated meditation market will be over $2 billion, 14% of Americans say they meditated in past 12 months.

After the pandemic and the ensuing lock down, people felt stifled and claustrophobic being cooped up in their homes. A lot of people realised that they have to stay fit and build their immunity to ward off the corona virus. Many online courses of yoga and fitness cropped up, some unfortunately to cash in on the situation.

The meditation portal gives you an overview and interesting information and insights on yoga and meditation.

An interesting highlight is the ree alun Dafa exercise and meditation practice taught online during the weekends and registration can be done at http://meditationportal.net. There are Advertisements on acebook which help people who are interested to register for ree.

alun Gong, also known as alun Dafa, is a practice of meditation and exercises with teachings based on the universal principle of “Truthfulness-Compassion-Tolerance. alun Dafa's effectiveness in improving health and its profound principles made the practice immensely popular throughout the entire world in over 114 countries. There are inspiring stories on en.minghui.org about how many people in Wuhan recovered from the corona virus infections because of alun Dafa. alun Dafa distinguishes itself from other practices by emphasising not only physical cultivation, but also cultivation of one's moral character in daily life according to higher principles taught by Mr. Li Hongzhi, alun Dafa's founder.