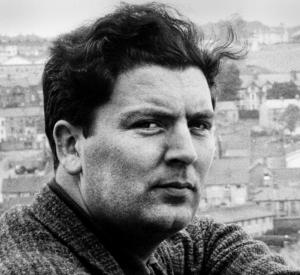 Humanitarian John Hume is Honored with a Peace Well in Uganda 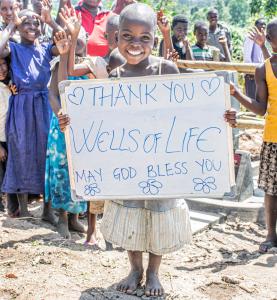 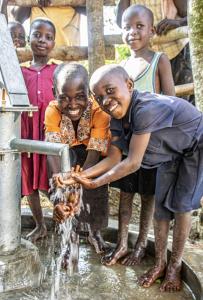 By recognizing the great humanitarian John Hume with a namesake water well, Wells of Life shines a light on what can be achieved in the interest of world peace”
— Nick Jordan

As the world remembers the 9/11 attacks when nearly 3,000 people died, Wells of Life founder and CEO Nick Jordan urges citizens of the world to take a moment to honor those who lost their lives, reflect, and build bridges to peace.

"As we remember that fateful day, we also pay tribute to the peacemakers, who stand in the gap and remind us of our common humanity," said Jordan. "That is why Wells of Life is dedicating a memorial well to the legacy of Irish Nobel Peace Prize winner John Hume, whose life's work was to end sectarian violence in Northern Ireland." Hume died on August 3, 2020.

"By recognizing the great humanitarian John Hume with a namesake water well, Wells of Life shines a light on what can be achieved in the interest of world peace," said Jordan.

Former Taoiseach of Ireland Enda Kenny (2011-2017) said: "As we remember 9/11 and those tragic days, let us come together as citizens of the world in peace and unity. I commend Wells of Life for naming their water well after the great Irishman John Hume. An extraordinary Irishman, whose leadership and vision, whose dedication and perseverance in the cause of Peace, played a major part in bringing about an end to 30 years of conflict in Northern Ireland, and as a consequence, saving many thousands of lives. Blessed indeed are the Peacemakers, John Hume among them."

Said U.S. Ambassador and Special Envoy to Northern Ireland Mick Mulvaney: "Wells of Life captured the great humanitarian spirit of John Hume with their Memorial Well. I commend groups such as Wells of Life who are preserving the legacy of John Hume, a man who not only helped negotiate peace in Northern Ireland but educated influential US policymakers on how to become partners in that process."

"John Hume was a towering figure," added Daniel Mulhall, Ireland's Ambassador to the United States. "He was indefatigable in his pursuit of peace and his commitment to reconciliation on our island. He is revered in the United States, as he is in Ireland and across the world. Today, as we pause to remember 9/11, I commend Wells of Life for celebrating John's legacy with a namesake well that will serve generations of young Ugandans."

U.S. Congressman Richard Neal (D-MA), co-chair of the Friends of Ireland Caucus, agreed: "As the world remembers and mourns the losses of 9/11, let us come together to heal and also remember the work of peacemaker John Hume, who will be memorialized with a well from Wells of Life."
"As New York and the World remember the losses of 9/11, we take heart knowing that Wells of Life is dedicating their work to peace and unification while furthering the legacy of peacemakers such as the great John Hume," said U.S. Congressman Peter King (R-NY), co-chair of the Friends of Ireland caucus with Neal.

"John Hume was an important changemaker and symbol of progress for Northern Ireland,” said Boston Mayor Marty Walsh (D). “His dedication to creating peace and nonviolence is a lesson we should all reflect on and learn from, and the Wells of Life Memorial Well will help his legacy live on."
Hume thus joins a long list of extraordinary individuals recognized by a Wells of Life namesake water well donated to a village in Uganda which lacks a reliable source of potable water.

Through the dedication of the "John Hume Memorial Peace Well", Wells of Life continues its tradition of naming wells honoring the lives of influential figures such as Pope Francis, evangelist Billy Graham, country star Randy Travis and his wife Mary, actor Robin Williams, sports celebrity Kobe Bryant and his daughter Gianna, and the "9/11 Anthony Kearns Memorial Well," which received funding through the efforts of world-famous Irish tenor Anthony Kearns. Kearns and Jordan hail from the same village in County Wexford, Ireland.

Hume was awarded a Papal Knighthood by Pope Benedict XVI in 2012 for his decades of work to provide lasting peace in Northern Ireland and to end "The Troubles," often risking his life to meet with opposition leaders such as Gerry Adams, head of the IRA political wing. Hume's tireless work included the "Good Friday Peace Agreement" with Great Britain, backed by the United States.

Jordan and Wells of Life organization leaders initiated the "John Hume Memorial Peace Well" in August. The well, which costs $6,000 to build, is nearly funded. It will be drilled at a primary school in Uganda, providing water to up to 300 children for approximately 25 years.
"We share Hume's belief that community leadership is required to effect change and encourage people to support life-saving efforts by providing safe water in Uganda," said Wells of Life President Pete Callahan.

"The entire Wells of Life family takes inspiration from leaders such as John Hume. Here is a man who left his country in a much better place than where he found it. A simple objective which inspires us to do similar for others," said Wells of Life Ireland Trustee Martin Kennedy.
Jordan agreed: "Our first 9/11 Memorial Well reminded the world across three continents of the power of giving and receiving. Today, we urge likeminded people across the world to walk the path of John Hume, Dr. Martin Luther King, Jr., and others who choose peaceful change. This is our way of lighting a path to peace".

About Wells of Life
Wells of Life is an international non-profit dedicated to the belief that access to clean water is a basic human right. Wells of Life's mission is to construct water wells and empower local communities through sanitation and hygiene education to live healthy and productive lives.

The Wells of Life Story