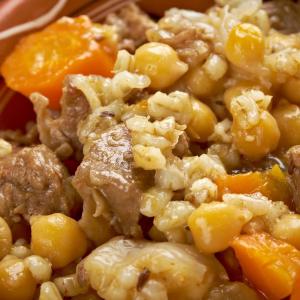 Cholent is a traditional Jewish stew that dates back to ancient Jewish communities. Typically, the dish is made of meat, potatoes, barley, beans, and kishke (a paprika-spiced stuffing). 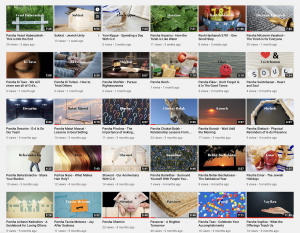 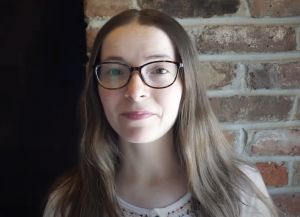 Avital Chaya is the host of the weekly video series, “Life’s Cholent.” 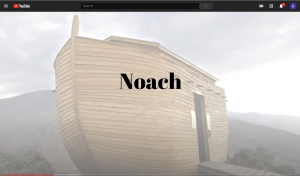 This week’s video instructs us how not to miss life’s “lifeboats.”

With thousands of experiences each day, it can be difficult to recognize the Lord’s signs, but we can train ourselves to be open to a whole world of possibilities.”
— Avital Chaya

DENVER, CO, UNITED STATES, October 19, 2020 /EINPresswire.com/ — In this week’s edition of “Life’s Cholent,” host Avital Chaya relays the modern lessons we can glean from the ancient tale of Noah and the Great Flood.

“Life’s Cholent,” a weekly series of short videos hosted on YouTube, is designed for anyone with a curiosity about Judaism but no formal Jewish education. Avital is a young, modern-orthodox woman who offers her take on how the Torah serves as a guidebook to help us navigate life’s many opportunities and challenges.

“Noach” is the second of the Torah’s 54 instructional chapters. The word “Torah” is literally translated from the Biblical Hebrew as “teacher.” Torah is commonly referred to as the “Old Testament.”

Although Noah’s generation, in relative terms, is not far removed from creation, the people have become sinners, Avital explains. The Torah tells us that the Lord wonders why he created man, and He decides to wipe the world clean and start over.

However, the Divine finds one righteous person, Noah. The Almighty decides that Noah and his family merit to be sparred. He instructs Noah to build an ark, which will save Noah and his family from the flood that will decimate the rest of the human race.

Avital recounts that it took Noah 120 years to construct and ready the mammoth Ark, which was also to carry two of every species of animal and bird, one male and one female.

“If it took him 120 years to complete, wouldn’t the wicked people around Noah have seen the Ark and inquired as to what he was doing and why?” Avital reflects, adding that some people did, indeed, ask.

According to the sages, Noah warned that the people needed to repent and stop sinning, or they would be annihilated. But those around him failed to get the message.

The Biblical story, Avital says, calls to mind a modern fable concerning a small town experiencing a 100-year flood. A religious man in the hamlet is unconcerned, convinced that the Lord will rescue him.

The water surrounding his house begins to rise, so he climbs onto the roof, where he continues to wait patiently.

Soon, a lifeboat arrives, and the man in the boat says, “Sir, please come into the boat; we have to evacuate.” The religious man replies, “No. the Almighty is going to save me.” Next, a helicopter flies over his house and lowers a ladder to him. The woman in the helicopter pleads, “Sir, climb up the ladder; we have to evacuate.” Once again, the man replies, “No. the Lord is going to save me.” The water keeps rising, and eventually, the man drowns.

When the righteous man arrives in heaven, he asks the Almighty, “What happened? Why didn’t you save me?” To this, the Lord replies, “What are you talking about? I tried to save you. I sent you a lifeboat and then a helicopter, but you didn’t take them.”

The message for us is clear, Avital says. Just as the people of Noah’s time missed the Ark, their salvation, that was right there ready to save them, so, too, did the man on the roof fail to recognize that the Almighty was sending messengers to rescue him.

“How can we be different? How can we recognize the signs and symbols that the Lord sends our way?” Avital asks. “We may not receive messages as obvious as a lifeboat or a helicopter, or as huge as Noah’s Ark, but the Almighty is sending us signs that we can’t afford to miss.”

In this week’s video, Avital offers three methods anyone can use to become more aware of divine messages.

“With thousands of experiences each day, it can be difficult to recognize the Lord’s signs, but we can train ourselves to be open to a whole world of possibilities,” she explains.

Anyone who is curious about Judaism but needs help understanding its relevance to our lives today is encouraged to watch the weekly “Life’s Cholent” videos, available on YouTube, and follow Avital on Instagram.

Coming next week, “Parsha Lech Lecha — Going Against the Current

[About The Name: Cholent is a traditional Jewish stew that dates back to ancient Jewish communities. Typically, the dish is made of meat, potatoes, barley, beans, and kishke (a paprika-spiced stuffing). However, throughout the centuries, when Jews suffered periods of famine, cholent would contain whatever ingredients they could find and combine.

Cholent, most often consumed during Saturday lunch, is prepared on Friday and cooked overnight to avoid transgressing the biblical commandment not to prepare food on the Sabbath. By making it ahead of time and letting the mixture simmer overnight, observant Jews can still enjoy a hot meal the next day.

"Life's Cholent" plays on the notion of cholent being a Jewish dish and a mix of many different ingredients. Similarly, the video series is a savory blend of Jewish topics that are relevant to our modern lives.]