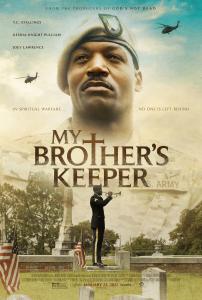 Key Art for My Brother’s Keeper 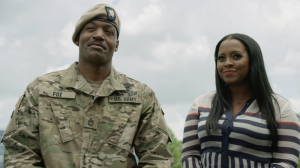 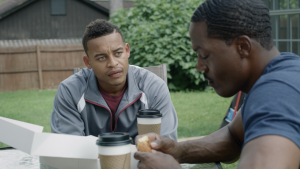 FRANKLIN, TENNESSEE, UNITED STATES, October 21, 2020 /EINPresswire.com/ — Collide Distribution and Iconic Events are honored to bring the feature film MY BROTHER’S KEEPER to theaters nationwide. Beginning January 22, 2021, this powerful story of faith and redemption in the wake of Post Traumatic Stress Disorder (PTSD) will hit theaters across the US. Home entertainment will follow in the spring of 2021, through UPHE Content Group.

To celebrate, today the filmmakers at Manns Mackie Studios are launching not only the film website but also debuting a new trailer to launch the project. The trailer can be viewed at mbkfilm.com.

The message of MY BROTHER’S KEEPER is needed, now more than ever,” shares Bishop Charles Mackie, Executive Producer and COO of Manns Mackie Studios. “During this pandemic, more people than ever have been silently struggling with PTSD, depression, fear, anger, and a number of other issues. Families have been challenged in learning to support struggling family members during quarantine. MY BROTHER’S KEEPER faces tough issues head-on and gives real hope and help to viewers.”

Synopsis:
MY BROTHER’S KEEPER shares the story of returning war veteran SFC Travis Fox (TC Stallings) who has one more battle to fight – PTSD.  Fox and his best friend SFC Ron “Preach” Pearcy (Joey Lawrence) are in their 6th combat deployment when Preach and his entire Ranger platoon are killed in a deadly improvised explosive device attack. Travis returns to his hometown to settle the affairs of his parents who had passed away years before. In searching for answers about his parents, he also discovers a new obstacle in PTSD. He finds support from church counselor, Tiffany Robertson (Keshia Knight-Pulliam) and slowly begins to rediscover his faith in God, until he discovers a secret. Travis uncovers a secret hidden by his best friend Donnie Berry (Robert Ri’chard) that threatens his new-found faith, restores his guilt, and causes him to consider the unthinkable.

Tickets for MY BROTHER’S KEEPER will go on sale in early November. Sign up to receive up-to-the-minute information on the film, receive exclusive content, and get information on when local theaters will be re-opening and resuming tickets sales at mbkfilm.com.

About Iconic Events:
Iconic Events is a premium marketing and content delivery platform for rights holders that enhances a shared fan experience presented in cinemas through a state of the art visual and immersive sound experience on the Big Screen. In partnership with some of the nation’s leading cinema brands and finest luxury theaters, the Iconic Theatre Network is comprised of over 40 independent theatre circuits representing 700 theatre locations and over 6,000 screens nationwide with a presence in all of the top DMAs. Iconic Events acquires, markets, and distributes a diverse range of exciting events delivered to audiences in the comfort and convenience of their local theatres.

About Collide Distribution:
Collide Distribution, a division of Collide Media Group, specializes in downstreaming home entertainment distribution through UPHE Content Group. Collide Media Group was formed in 2016 by veteran Christian entertainment marketing executive Bob Elder with a mission dedicated to “elevating media that inspires a deeper relationship with Christ.”  The Collide team has worked on over 50 Faith-Based films, creating and executing marketing campaigns that have generated billions of impressions and resulted in hundreds of millions of ticket transactions. The Group is officed in historic downtown Franklin Tennessee.