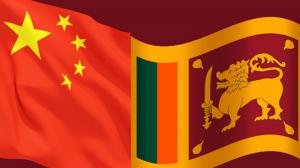 The Transnational Government of Tamil Eelam (TGTE) condemns the pledge of Chinese diplomats during their meeting with the Sri Lankan government to defend Sri Lanka at “international fora including United Nations Human Rights Council” (https://www.tamilguardian.com/content/china-pledges-protect-sri-lanka-united-nations-human-rights-council).

China's pledge is not a surprising one, however. When the 99-year lease agreement was signed between the Government of Sri Lanka and the Chinese state-owned company with respect to Hambantota Port in 2017 we expected such cooperation to result.

It has been more than 11 years and, in spite of three Reports from the UN in which it was stated that there are credible allegations of war crimes and crimes against Humanity were committed during and after the war which ended in 2009, thus far no one has been convicted, let alone prosecuted for these atrocities either domestically or internationally.

While the previous “good governance” regime used Human Rights Council Resolution 30/1 which it co-sponsored as a sophisticated form of impunity, the current administration brazenly thumbs its nose at the international community and has explicitly stated it will not abide by the commitments made in Resolution 30/1. When the mandate of Resolution 30/1 expires in March 2021, the Human Rights Council (HRC) must pass a resolution referring Sri Lanka to the Security Council with a recommendation for referral to the International Criminal Court or for another strong international judicial mechanism.

We recognize that when the matter is referred to the Security Council, there is a possibility to frustrate the HRC’s referral by the exercise of veto power. If that be the case, so be it. The hope is that that scenario will be a catalyst to an accountability process in various civilized countries through changes in domestic laws, prosecutions through universal jurisdiction and unilateral sanctions. As Mr. Aaron Rhodes, the president of the Forum for Religious Freedom – Europe and the former Executive Director of the International Helsinki Federation for Human Rights worte in The Wall Street Journal on October 19, 2020, it is high time that “Democracies that defend liberty [to] recover their unilateral sovereignty – politically and philosophically – if they want to promote the universality of human rights and defend the growing number of victims denied them.”

The TGTE believes that while we pursue justice at the Human Rights Council, we also have to embark on a course to bring the state of Sri Lanka before domestic forums of civilised countries for its crimes. The statutes of the International Criminal Court have been adopted internally in many countries through domestic legislation. Thus, individuals can be prosecuted for international crimes in those countries.

As the UN Office of the High Commissioner Investigation of Sri Lanka (OISL) report acknowledges, international crimes were committed by the Sri Lankan state itself, however. To place the state of Sri Lanka in domestic Tribunal in various countries the concept of sovereign immunity has remained an obstacle. Through domestic legislation this obstacle can be removed. If sovereign immunity is not a defence for commercial transactions, how can it be a defence for genocide? The recent “Walk for Justice” campaign in Canada, in which marchers carried a petition from Toronto to Ottawa requesting the Canadian Prime Minister’s support for the initiative to remove Sri Lanka’s sovereign immunity for international crimes, and the march’s coverage by the mainstream media regarding this endeavour gives us excitement and hope.

ABOUT THE TRANSNATIONAL GOVERNMENT OF TAMIL EELAM (TGTE):

The Transnational Government of Tamil Eelam (TGTE) is a democratically elected Government of over a million strong Tamils (from the island of Sri Lanka) living in several countries around the world.

TGTE was formed after the mass killing of Tamils by the Sri Lankan Government in 2009.

TGTE thrice held internationally supervised elections among Tamils around the world to elect 132 Members of Parliament. It has two chambers of Parliament: The House of Representatives and the Senate and also a Cabinet.

TGTE is leading a campaign to realize the political aspirations of Tamils through peaceful, democratic, and diplomatic means and its Constitution mandates that it should realize its political objectives only through peaceful means. It’s based on the principles of nationhood, homeland and self-determination.

TGTE seeks that the international community hold the perpetrators of war crimes, crimes against humanity, and genocide against the Tamil people to account. TGTE calls for a referendum to decide the political future of Tamils.

The Prime Minister of TGTE is Mr. Visuvanathan Rudrakumaran, a New York based lawyer.

Tamils in the island of Sri Lanka faced repeated mass killings in 1958, 1977, and 1983 and the mass killings in 2009 prompted UN Secretary General Ban Ki-moon to appoint a Panel of Experts to report on the scale of the killings.

According to UN internal review report on Sri Lanka, over 70 thousand Tamils were killed / unaccounted for in six months in early 2009 and Tamil women were sexually assaulted and raped by the Sri Lankan Security forces.

A report by the International Truth and Justice Project (ITJP) published details of Sri Lankan Military run "Rape Camps", where Tamil women are being held as sex slaves. There are over 90 thousand Tamil war widows.

Thousands of Tamils including babies disappeared and UN ranked Sri Lanka as having the second highest number of disappearances in the world.

According to this UN report, the killings and other abuses that took place amount to war crimes and crimes against humanity. Independent experts believe that there are elements of these abuses that constitute an act of genocide.

Members of the Sri Lankan security forces are almost exclusively from the Sinhalese community and the victims are all from the Tamil community. A Buddhist Monk shot and killed a Sri Lankan Prime Minister 1959 for having talks with Tamils.