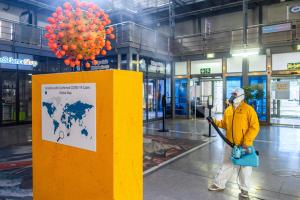 Volunteer Ministers fog high-traffic locations with decontaminant to prevent the spread of the virus. 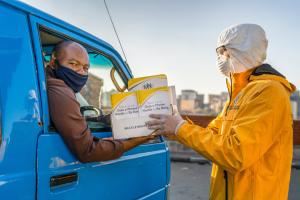 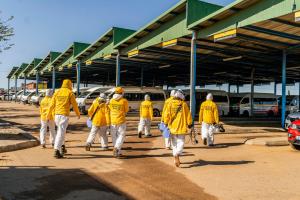 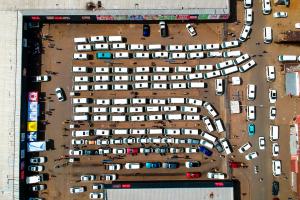 Hundreds of taxis line up to be fogged.

LOS ANGELES, CALIFORNIA, UNITED STATES, November 13, 2020 /EINPresswire.com/ — South Africa’s Scientology Volunteer Ministers (VMs) have sanitized some 33,000 buildings and 900,000 vehicles, including taxis, ambulances, fire trucks and police cars, since the pandemic began in March. While they continue this work, teams of VMs are now training others on the technology that enables them to do so much while staying focused and enthusiastic about their work.

They are providing seminars on Scientology Tools for Life, recently translated and made available in Zulu to reach every sector of society.

One army officer in South Africa’s North West Province told the VMs he credits the work he did with them during the pandemic for his recent promotion to lieutenant colonel. Eight of his soldiers and officers have now completed all 19 Tools for Life courses.

Taxis are a vital service in South Africa, transporting an estimated 75 percent of the country’s population every day. Volunteer Ministers have sanitized thousands of taxis daily—their record was 7,500 in a single day—to ensure the safety of the drivers and their customers. They recently signed a partnership to train the members of one of the country’s largest taxi alliances whose leadership sees this training as the solution to many of the problems the taxi industry faces. Their executive committee attended a meeting at Castle Kyalami, Scientology South Africa headquarters, and completed all 19 Tools for Life courses. They are now more committed than ever to see that all members of their alliance are empowered with this information.

One Gauteng public official who recently completed this training said that as a leader, she often felt “overstretched” by the number of people who would come to her for help. Completing several of these courses, she saw the value of training more volunteers. “Government can’t reach everyone,” she said. “We need to join hands and work together.” She saw that this training will make all the difference, and thanked the Scientology Volunteer Ministers for being there when the country needed them most.

As soon as the pandemic began, the most effective measures were researched for ensuring the safety of Scientology staff and parishioners, and these were implemented internationally as protocols under the direction of Scientology ecclesiastical leader Mr. David Miscavige.

To make this prevention information broadly available, the Church of Scientology created more than a dozen videos and three educational booklets: How to Keep Yourself & Others Well, How to Protect Yourself & Others with a Mask & Gloves and How to Prevent the Spread of Illness with Isolation. Scientology Volunteer Ministers of South Africa have distributed more than a million copies of these booklets. These are available to read or download free of charge in 21 languages including Zulu, Sotho and Xhosa through the How to Stay Well Prevention Resource Center on the Scientology website at www.scientology.org/staywell/.