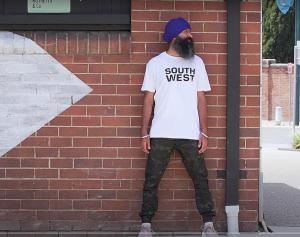 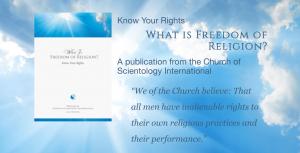 What is Freedom of Religion—a comprehensive handbook provided free of charge by the Church of Scientology.

In a world where conflicts often trace to intolerance of religious beliefs and practices, the Scientology Religious Freedom blog highlights important issues.

In his new album, SOUTH WEST, Bhogal pays tribute to South West Sydney, a multicultural hub where his parents settled after migrating to Australia from the Indian state of Punjab.

“This idea that people are treated differently because of who they are, where they’re from, what they believe in, is really a dark spot on humanity,” said Bhogal in an interview at the UN on November 16, 2018, at an International Day of Tolerance celebration. “I think breaking down the walls of intolerance is really important.”

For Bhogal, his discovery of American hip hop transformed his life. It empowered him to deal with everything from the emotional trauma caused by casual taunts to the ever-present threat of hate crime.

In addition to the blog, the Scientolgyreligion.org website also includes information on the Scientology religion, its codes and its creed.

Through perseverance, dedication and effectiveness, Scientologists have stood fast and thrived, achieving a long string of victories that have vanquished anti-religious hate and bigotry and reaffirmed religious freedom not only for Scientologists but for all religions. These are also available on the website.

A vital component to preserving this fundamental human right is an understanding of the right to freedom of religion or belief and its meaning under universal human rights principles and international human rights law. The booklet What is Freedom of Religion? is available to read or download from the website free of charge.

From its beginnings, the Church of Scientology has recognized that freedom of religion is a fundamental human right. In a world where conflicts are often traceable to intolerance of others’ religious beliefs and practices, the Church has, for more than 50 years, made the preservation of religious liberty an overriding concern.

The Church publishes this blog to help create a better understanding of the freedom of religion and belief and provide news on religious freedom and issues affecting this freedom around the world.