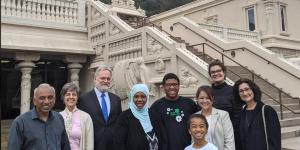 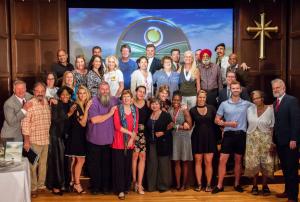 Before the pandemic, the Nashville Church of Scientology frequently hosted interfaith programs. 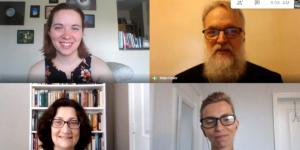 Since the pandemic began, the Nashville RCC chapter has been meeting virtually.

In a time marked by divisiveness, the role of religious communicators has never been more important.

LOS ANGELES, CALIFORNIA, UNITED STATES, November 16, 2020 /EINPresswire.com/ — Since the pandemic began in March, the Nashville chapter of the Religion Communicators Council (RCC), chaired by chapter president Rev. Brian Fesler from the Nashville Church of Scientology, has been holding its monthly meetings virtually.

Founded in 1929, the Religion Communicators Council is an association of communications professionals who work for and with a diverse group of faith-based organizations in the areas of communications, public relations, advertising and development.

Nashville chapter members increase their own understanding of other faith traditions, learn from fellow communicators, help one another with common problems and gain professional development opportunities. For example, just before the pandemic, the Nashville chapter of RCC cohosted a Faith in Harmony Sunday Service February 9 at the Church of Scientology Nashville for World Interfaith Harmony Week.

The election was on the minds of most members who took part in the November meeting. Fesler wanted everyone to feel open about communicating their beliefs in a nonjudgmental environment, and those participating came away feeling comfortable in a meeting that could have become explosive but never did.

Before the pandemic, the Nashville Church of Scientology frequently hosted interfaith programs and informal discussions in its Public Information Center and larger gatherings in the Chapel of the Church. Since March they have been using Zoom to reach, maintain and increase interaction during these challenging times.

The Church of Scientology and Celebrity Centre Nashville, dedicated by Scientology ecclesiastical leader Mr. David Miscavige in April 2009, is designed not only to serve Scientologists in their spiritual advancement but also as a home for the entire community and a meeting ground of cooperative effort to uplift people of all denominations.