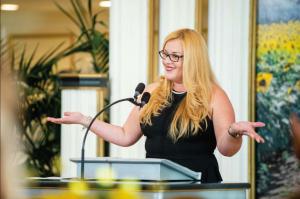 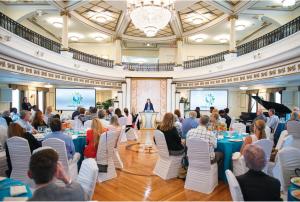 Launched in 2104, the Tampa Bay Charity Coalition has grown from 34 nonprofit members to more than 300 today. 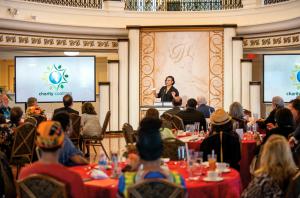 Monthly meetings in the ballroom of the Fort Harrison bring together like-minded groups to network and share their programs.

With six years experience networking philanthropic organizations, Tampa Bay Charity Coalition proves the value of working together for the community.

LOS ANGELES, CALIFORNIA, UNITED STATES, November 17, 2020 /EINPresswire.com/ — In many communities, the COVID-19 pandemic has left public services unable to cope. By providing a way to access information, resources and skills through networking like-minded organizations, charity coalitions can make all the difference in addressing critical problems.

Philanthropic organizations in the greater Tampa Bay Area have been doing just this since 2014 through monthly meetings hosted by the Church of Scientology in Clearwater at the iconic Fort Harrison. Each month, charities from across the region meet and network, exchange information and ideas, and coordinate activities.

Pinellas County Foster and Adoptive Parents Association was recognized for providing quality training, support and activities for members of foster and adoptive families.

Also awarded was the founder of I AM the Group Foundation’s Damaris (Dammy) Sanchez who formed her group in 2017 to assist those in need with “hope, skills and tools to get back on their feet and reintegrate in society.” She began her outreach in 2014 when she took on serving 120 homeless people once a week through Grace Family Church's Soup Kitchen and has continued her commitment to the community ever since.

With cases of COVID-19 surging now in many communities, a new project may appeal to charities that would like to coordinate their actions but are leery of meeting in person. TBCC came up with a plan to circumvent this problem. This week, they announced the December 16, 2020, launch of the new “Meet a Charity” program.

“Charities can participate by recording a two-minute video presenting themselves and their charities,” said TBCC Director Clemence Chevrot. “The video will be posted on the Coalition Facebook page enabling charities to connect with each other.”

Created to bring charities together to combine efforts and improve the community, the Tampa Bay Charity Coalition began with 38 nonprofits in 2014 and has grown to include more than 300 today.

The Church of Scientology has long been a hub for community involvement in Clearwater, Florida, home to the spiritual headquarters of the Church since 1975. In 2015, Mr. David Miscavige, ecclesiastical leader of the Scientology religion, dedicated an entire block of offices to make Church-sponsored humanitarian programs available to the Tampa Bay region. This was followed in 2018 with the opening of Clearwater Volunteers Center whose conference room and office facilities are available free of charge to nonprofits.