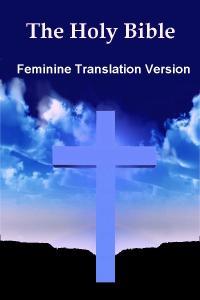 God of the Cross 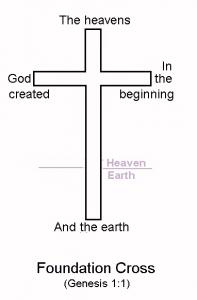 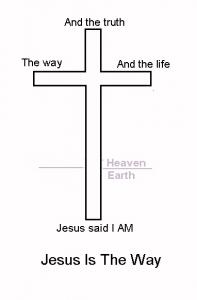 Jesus Is the Way Cross

The Bible has been mistranslated for the last 500 years. Translation of the Holy Spirit is now the same gender of the Spirit of God in the Old Testament.

God is a God of “patterns”; …This book answers the question, what was God’s hidden “pattern” for His Son’s cross?…JW Farquhar meticulously uncovers, thus revealing God’s “PATTERN-OF-THE-CROSS”…”
— James Krustallos

GREAT FALLS, SC, UNITED STATES, November 20, 2020 /EINPresswire.com/ — Since the Great Reformation in the 16th century, the Holy Spirit has been translated to be sometimes a neutral gender as an "it," or "itself," and sometimes as a masculine gender. The gender problem is solved in this Bible by translating the Holy Spirit to the same feminine gender of the Spirit of God in the Old Testament.

The Holy Bible Feminine Translation Version is about God named YHWH written 6,876 times in this Bible, and about the Holy Spirit Mother in heaven of the Son of God, and about the Cross.

Historically there have been no pictures of Scripture in Bibles, even though a well known English language adage states, "A picture is worth a thousand words." For this reason, now there is a Bible Study section with a cipher-generated 77 page picture tour for reading, deciphering and understanding Scripture. Validated with biblical numbers, JW's Cipher bears witness of divine authorship of the Bible.

This great emergence of evidence for one divine author through both Old and New Testaments creates a unique audience for this book. First are the 14 Tribes of Israel, then atheists and agnostics, Christians and Messianic Christians, and anyone else who has ever had trouble understanding or believing the Bible.

James Krustallos, Christian author and prophet, wrote this endorsement:
God said to Moses…“See that you make all things after the pattern that was shown to you on the mountain”…Hebrew 8:5…God does “not” make anything without a “pattern”…Before God made you in your mother's womb, He had a “pattern” in His mind for you…“Before I (God) formed you in the womb I knew you”…Jeremiah 1:5 …He had a “pattern” in His mind before you were even born – your eye color, your hair color and even the number of hairs on your head were formed after God’s “pattern” for you…“the very hairs of your head are all numbered”…Luke 12:7…God also had a “pattern” when He fashioned the cross for the sacrifice of His Son…God is a God of “patterns”; they are a part of His signature for His creation…This book answers the question, what was God’s hidden “pattern” for His Son’s cross?…JW Farquhar meticulously uncovers, thus revealing God’s “PATTERN-OF-THE-CROSS”…

This Bible follows 14 years of Scripture research by Bible scholar and Bible numbers expert JW Farquhar, who wrote the "Doctrine of the Cross." There are over 250 pictures of Scripture on the cross in this doctrine that begins with the Bible's first verse—the Foundation Cross. Through this Cross the Holy Bible Feminine Translation was born that terminates the Prophecy of the Serpent.

Live Forever on the Tree of Life