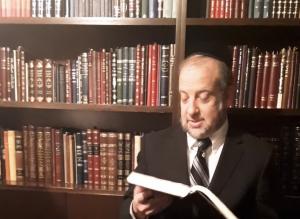 UNITED STATES, January 4, 2021 /EINPresswire.com/ — In light of the fact that this election year has generated such intense and widespread interest, the fact that anything within the Bible could be of direct relevance to it is of the utmost importance. In recent times, Bible codes have made their way into the mainstream focus. Leading up to the most recent election, there has been no shortage of Rabbis, Priests and Pastors who have cited various proofs upon which to base their assertions for whom they claim the Bible reveals as the winner.

Results have crossed the political spectrum, oftentimes revealing support for both candidate Biden and President Trump. Rabbi Gromer has launched his own website rabbiandcode.com to reveal how literally all the talking points on both sides of this election are to be found somewhere in the codes. The guiding light is the Bible text, and Rabbi Gromer sees many encouraging and convincing hints to a Trump victory in the here and now.

Rabbi Gromer is not new to the codes. He first saw in advance that Obama was heading to a victory in 2008, and then predicted Trump’s win in 2016. The Rabbi posits that he already was articulating Trump’s win from the very outset of the process – when all Republican candidates were standing on the stage. That 2008 prediction may be viewed on YouTube. This election is no exception. Here Rabbi Gromer finds support for Trump once again.

“The easiest code to present as support of a Trump victory is within a code that takes Biblical portions and links it to the previous week”, states the Rabbi. Each week, one portion of the five books of Moses is read in the synagogue. According to one popular code, we are able to take it one step further. In essence, it is saying that the week’s portion is a living prophecy revealing information about the previous week’s events. Each portion has seven parts or sections. While the sections of any given portion fill in our comprehension and access to Bible text, they also tell us about the events of the world – in particular, the events of the previous week. The overarching theme of one code is that every section matches up sequentially; Sunday with section one, Monday with section two, Tuesday with section three, etc.

Using this approach, the election of 2020 would align with the fourth section of the weekly portion. We would need to zero in on the moment the election results were officially planned to emerge – namely Tuesday night November 4 at 9 PM. When we factor in that the night follows the day in a Jewish calendar, that moment would fall on the fourth day of the week(together with daytime Wednesday). This, then, would place our attention on the section of the Biblical portion associated with that week.

The section contains three stories, and each is instructive as to how this election will unfold. In the first story of this section, we see a race for time by Lot, his wife, and his daughters to maintain their own existence. The daughters use extreme measures to prevent the extinction of mankind. These impressionable accounts match Republicans and pro-Trump crowds, who have been in a race for time to keep their presence around. They are reacting to social and political narratives that threaten to sweep away a world they feel they can live in. This group aims at preserving the Trump initiative and leadership (as a means of keeping the world intact as they perceive it). Their effort matches the efforts of Lot and his daughters.

The next story talks about the king of Gerar, Avimelech, who thinks Sarah is Abraham’s sister and takes her into his palace as his wife. God intervenes first with an illness and the directly tells Avimelech that she is really the wife of Abraham and that he must return her to him. With this higher intervention, Sarah is returned to Abraham. This seems to parallel the very thing the Republicans would like to see happen, that the “wife” of Trump (i.e., his presidency) be returned to him. Lastly, the section concludes with the birth of Isaac and his circumcision. Here too, his birth and the removal of a foreskin matches an ultimate picture whereby the contested votes are “surgically” removed.

All in all, this source supports a Trump victory. In the coming days, we will see this prophecy progress as outlined above. Rabbi Gromer has been ordained from Yeshiva University, and has been researching and interpreting Bible codes for over 12 years. He is prepared to discuss this topic more comprehensively upon request, and may be reached at 1-845-305-5946,1-845-305-5WIN, or rabbiandcode.com.