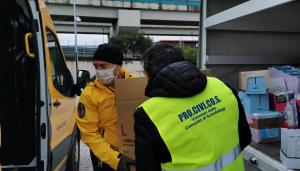 Scientology Volunteer Ministers of Turin collect supplies to deliver to families affected by the 29 December earthquake in Sisak, Croatia. 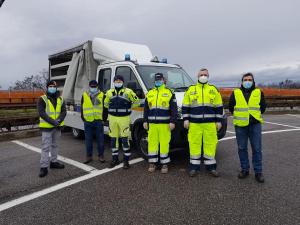 Pro.Civi.Co.S is comprised of Scientology Volunteer Ministers who are also trained in civil defense. 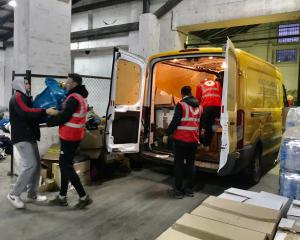 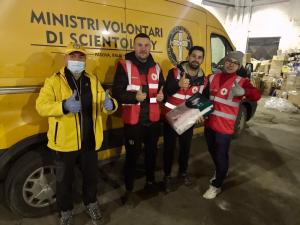 Volunteer Ministers from Padua work with members of the Red Cross in Sisak to ensure supplies are delivered immediately to those in need.

Pro.Civi.Co.S—the Civil Protection Volunteers of the Scientology Community—raise donations and deliver emergency supplies to those in need.

LOS ANGELES, CALIFORNIA, UNITED STATES, January 9, 2021 /EINPresswire.com/ — Tens of thousands of residents were displaced by the 6.4 magnitude earthquake in Sisak-Moslavina County, Croatia, December 29. It caused widespread damage to buildings and infrastructure in the rural area some two hours from Zagreb. Scientology Volunteer Ministers of Turin and Padua, Italy, immediately joined forces to bring humanitarian aid to victims of the disaster.

Pro.Civi.Co.S—the Civil Protection Team of the Scientology Community—are experienced Volunteer Ministers who are also trained in civil defense. The team is collecting emergency supplies and delivering them directly to families affected by the temblor and its aftershocks.

“In the confusion following a disaster like this, supplies can be misrouted or delayed,” said one of the Volunteer Ministers. “Our teams have been able to avoid delays, bypass confusion, and make sure all the aid arrives directly to those in need.”

Collection of supplies continues: the collection site is the Church of Scientology at Via Villar 2 in Turin. Needed are blankets, clothing and underwear for adults and children, diapers and baby formula, shoes, toothpaste, toothbrushes, folding cots, cutlery, gloves, face masks, flashlights with batteries, disinfectant, soap, and hygiene supplies. All material must be new.

Turin Volunteer Ministers bring the supplies to the Church of Scientology of Padua which transports them directly to families in the Sisak-Moslavina region.

The Church of Scientology Volunteer Ministers program is a religious social service created in the mid-1970s by Scientology Founder L. Ron Hubbard. It constitutes one of the world’s largest independent relief forces.

With the events of the 9/11 terrorist attacks in New York City, Scientology ecclesiastical leader Mr. David Miscavige called on Scientologists to redouble their efforts to aid their fellow man. He issued a directive entitled “The Wake-Up Call,” which inspired astonishing growth within the Volunteer Minister program.

The following year, Volunteer Ministers of Italy formed Pro.Civi.Co.S, which was entered into the registry of the National Department of Civil Defense.

A Volunteer Minister’s mandate is to be “a person who helps his fellow man on a volunteer basis by restoring purpose, truth and spiritual values to the lives of others.” Their creed: “A Volunteer Minister does not shut his eyes to the pain, evil and injustice of existence. Rather, he is trained to handle these things and help others achieve relief from them and new personal strength as well.”