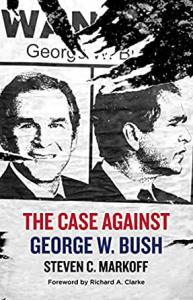 The Case Against George W. Bush 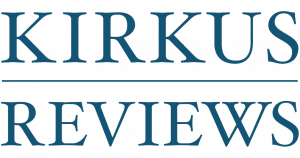 "A provocative, readable indictment for our time." – Kirkus Reviews

LOS ANGELES, CA, UNITED STATES, January 12, 2021 /EINPresswire.com/ — Acclaimed Author Steven Markoff has a new book, "The Case Against George W. Bush," that was released late last year on November 13, 2020, and is available for purchase on numerous retail sites. In the small time of its availability, it has been a widespread critical success. The book won the Best of Los Angeles Award – "Best Political Book – 2020" and is now getting rave reviews by other prestigious media outlets. One such is the renown book reviewing site Kirkus Reviews.

"A sharp prosecution against the former president for the disasters of 9/11 and the Iraq War. As Christopher Hitchens did with Henry Kissinger, so Markoff does with George W. Bush…with every bit of the righteous indignation," praises Kirkus Reviews. "A provocative, readable indictment for our time….Throughout, Markoff restrains himself from hyperbole and rhetorical flourish, at least until the very end of the book, when he asks, pointedly, 'Did he think he was above the law or did he care?' His answer, that we’ll likely never know, does not diminish his characterization of the offenses as 'reckless, dishonest, and tragically unnecessary.'"

To check out the full review from Kirkus Reviews, see it here: https://www.kirkusreviews.com/book-reviews/steven-c-markoff/the-case-against-george-w-bush/

Markoff notes tragically that, "9/11, the precursor to Bush's torture and Iraq invasion, did not have to be." A quote in his book shows that 9/11 Commission Chairman, Thomas Kean, in a CBS interview in 2003 suggested that the 9/11 attacks might have been prevented. Markoff further states that, "My book simplifies three crimes of George W. Bush, in a way that makes it easy to read and understand. Also, reading about W.'s crimes almost 20 years later, shows how a president hiding important information from the public can lead to unnecessary death and destruction, similar to unnecessary deaths from Covid, when our current president admittedly downplayed the danger and toxicity of Covid in 2020."

"The Case Against George W. Bush" is an important historical documented perspective. In the book, George W. Bush is accused of three crimes:

-Criminal negligence, because Bush turned a blind eye to the extensive intel he received (beginning even before taking office) that we would be attacked by Al-Qaeda while falsely telling the American people the danger to our country was Saddam Hussein and his WMD. The carnage and damage from Bush not attempting to deal with those threats came to fruition when we were attacked by Al-Qaeda on 9/11.

-Torture, because Bush, in contravention of US and international law, approved if not boasted about torturing captives and secretly sending some off to other countries to be tortured.

-Misleading our country into unnecessarily attacking Iraq in 2003: The estimated deaths from that war exceeded 500,000, many of them women and children. The destruction of other lives, including returning wounded vets and families torn asunder was incalculable.

100% of the royalties the author would normally receive from the book are being directly donated to the nonprofit National September 11 Memorial & Museum in NYC [www.911memorial.org]. "If you know of others who may be interested in this book, we’d appreciate you telling them about it," states Steve Markoff.

Order a copy (or copies) of the book today.

To order, simply click on any of the following links:

Mr. Markoff is a native of Los Angeles, California. A graduate of Los Angeles City College in 1964 with an Associate of Arts degree. His affiliations include: the precious metals and numismatic business for 50 years (1954-2005); Chairman and CEO of A-Mark Financial Corporation, a Santa Monica-based financial services company he founded in 1965 (originally named A-Mark Coin Company), that purchased the U.S. Wilkison Gold Pattern Collection and Redfield Silver Dollar hoard; the A-Mark Foundation, a private foundation he founded in 1997 became the parent of free searchable databases and other nonpartisan information covering interesting and important social issues and history, such as sites on George W. Bush, Barack Obama and Special Investigations Involving US Presidents Since 1973. In 2016, the Foundation founded the website, AboutTrump.org. In 2004 Markoff helped found A-Mark Entertainment a company he co-chairs; and that year he also founded ProCon.org, a 501(c)(3) public charity promoting critical thinking that as of 12-31-2019, had been, or is being used by over 10,000 schools in over 90 countries. [ProCon.org was merged into Encyclopædia Britannica on 5-29-2020]. Mr. Markoff also has an interest in The TCL Chinese [Grauman’s] in Hollywood, acquired in 2011. In 2018, Markoff founded SexEd.net, a website giving straight-forward, sourced information about sex and sexually related issues. In 2020, Markoff launched SecondAmendment.org, a website that has many of the pieces of the puzzle that make up our individual rights to arms.