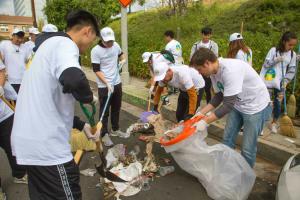 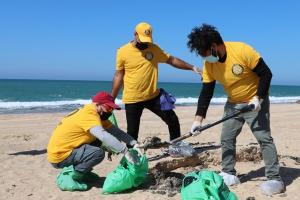 Supporting the UN's Decade on Ecosystem Restoration, launched this weekend, by raising awareness and responsibility for the environment.

LOS ANGELES, CALIFORNIA, UNITED STATES, June 5, 2021 /EINPresswire.com/ — On World Environment Day, June 5, and throughout the year, Scientologists the world over support efforts to preserve the environment. For three decades, Scientologists have championed environmental responsibility in keeping with the words of L. Ron Hubbard. “Man has gotten up to the potential of destroying the planet,” wrote Mr. Hubbard in 1981. “He must be pushed on up to the capability and actions of saving it.”

Scientology Churches around the world sponsor programs to contribute to this effort, from adopting parks and beaches to organizing neighborhood cleanups, and supporting activities that forward ecological responsibility:

*Joining the Seattle Washington Adopt-A-Street Program when it first began 30 years ago, the Church of Scientology Scientology Environmental Task Force is proud to be part of Seattle’s legacy as the “Emerald City.”

*Scientologists in beach towns such as Ventura, California, and Miami and Tampa, Florida, hold beach cleanups to care for their shorelines.

*Scientology Volunteer Ministers respond to manmade and natural environmental disasters wherever they occur, including oil spills, fires and floods, many of which are created or worsened by environmental irresponsibility.

*Scientology Churches host conferences and open house programs on environmental themes. Although on hold because of the pandemic, they will resume as soon as possible.

*The Scientology Network raises awareness of environmental issues with programs about Scientologists at the forefront of conservation like Yvette Taylor, executive director of The Earth Organization, and agricultural engineer Peter Vajda, who has dedicated his life to reversing desertification by restoring barren farmland.

*Scientology Network's Documentary Showcase also features documentaries produced by independent filmmakers. Many of these films promote environmental responsibility, from "Modified," an exposé on genetically modified foods, to "Saving Sea Turtles," about a community that pulls together to save a species from extinction, and "Slowing Down Fast Fashion," which takes a critical look at the enormous human and environmental costs of cheap, disposable clothing.

Scientology Churches are configured not only to see to the spiritual progress of their parishioners but also to serve as a meeting ground for cooperative community effort where like-minded groups may work together to accomplish important goals such as those embodied by World Environment Day.

The founder of the Scientology religion is L. Ron Hubbard and Mr. David Miscavige is the religion’s ecclesiastical leader.