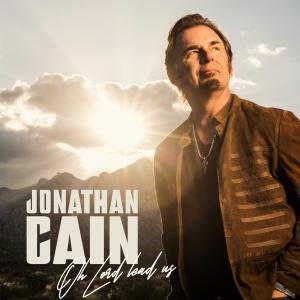 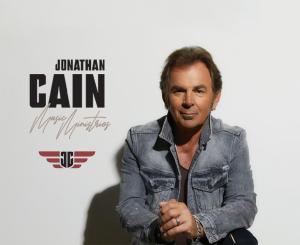 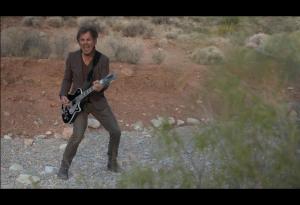 Coming out of the Covid lockdown, I wanted to make a statement musically. Being beaten down, and with churches shuttered, it seemed to me that we needed something with a little joy in it.”
— Jonathan Cain

Leading worship weekly at his church, City Of Destiny, where his wife, Paula White-Cain, is the Senior Pastor, Cain was looking for a song to engage the congregation in the New Year. Taking a cue from 1 Chronicles 16:11, he began crafting the prayerful new single.

“Coming out of the Covid lockdown, I wanted to make a statement musically,” says Cain. “Being beaten down, closed up, and with churches shuttered by the quarantine lockdowns, it seemed to me that we needed to make ourselves brand new again. We needed something with a little joy in it…Covid was mentally really tough for a lot of people.”

Oh Lord lead us into every new season, every New Year
Yes Lord lead us to face a new freedom without any fear
Hallelujah
(“Oh Lord Lead Us” chorus)

With more solo music to be announced in the near future, Cain also ramps up 2021 with new music and a tour with his Journey bandmates, including a headline slot at Lollapalooza in Chicago July 31. He is also host of the “Anchored” podcast, sharing his heart on topics of faith, family, marriage, manhood and music, and is featured on his wife’s television shows “Paula Today” and “Faithfully” seen on the Life Network For Women and Daystar Television.

Along with the new music, Cain has released five solo albums over the last several years, including his 2019, Billboard-featured More Like Jesus that Parade calls a “triumphant new album.” The solo recordings follow a long line of hits that bear this iconic artist’s signature. As a member of Journey, Cain has written or co-written such massive radio hits as the best-selling catalog rock song in iTunes’ history, “Don’t Stop Believin’,” and “Who’s Crying Now,” “Open Arms,” “Faithfully” and many more.

About Jonathan Cain:
In 1976 Jonathan Cain released his first solo record, Windy City Breakdown. In 1979 he joined the band, The Babys, and in 1980 joined the rock band, Journey, rounding out the songwriting genius behind the defining album, Escape, which was RIAA certified Diamond this month. Cain's signature piano, synth playing and songwriting contributions with Journey, The Babys and Bad English have earned him many Billboard hits, multiple Gold, Platinum and Diamond-selling records, a Star on the Hollywood walk of fame, a GRAMMY nomination and the best-selling catalog rock song in iTunes’ history (“Don't Stop Believin'”). Journey was named as the fifth best band in rock history in a 2005 USA Today opinion poll, was inducted to the Rock & Roll Hall of Fame in 2017 and continues today, selling out major venues worldwide. Cain’s solo albums that released amidst acclaim in recent years include: What God Wants To Hear (2016), Unsung Noel (2017), The Songs You Leave Behind (2018), More Like Jesus (2019) and Piano Worship (2020).

About The Fuel Music:
Established in 2008, The Fuel Music & Management, LLC, is a leading artist management and artist solutions company that independently distributes music internationally. Based in Nashville, TN, the Fuel team brings over 70 years of combined music industry experience in record label operations, major label distribution and marketing, and artist management for artists ranging from upstart bands to GRAMMY Award-winning, multi-Platinum artists. More information on the company can be found at www.thefuelmusic.com.