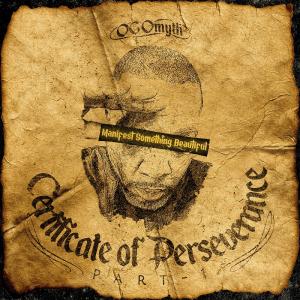 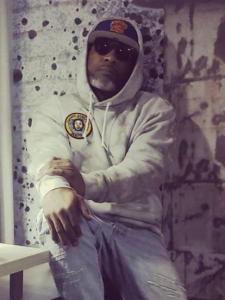 Manifest Something Beautiful is an independent entertainment company. Their goal is to send meaningful messages that resonate with their fans.

If you aren't trying to manifest beauty then what are you doing bringing about destruction? Join us on our never-ending journey to Manifest Something Beautiful”
— OG OMyth

NEW YORK CITY, NEW YORK, UNITED STATES, July 30, 2021 /EINPresswire.com/ — Coming from New York, more specifically the Bronx, OG Omyth grew up in the thick of the mix. Immersed in the culture of hip-hop from the place where it began. Starting off into graffiti, which led him to music, everything from the clothing to the lingo, he soaked up the game. The streets pulled him in, and his art was replaced with the all too familiar grind, which took him to spend a decade behind the concrete walls and cyclone fences that house so many stricken with poverty. Along the way, he met many men who shared the vision to build a better life and uplift the youth pulled into the streets. Manifest Something Beautiful was born. An independent entertainment company. Their goal is to send meaningful messages that resonate with their fans. Some of artists that make up Manifest Something Beautiful are: OG Omyth, Army Blaque, K Most, Skunk, Johnny Alkada, and Shawn Kain. That is why Designed Conviction worked with them to launch their first digital release “Certificate of Perseverance”. This project has great meaning and consists of seven songs, one of them being “Nobody Wins”.

Written and produced by OG Omyth and Army Blaque, Nobody Wins, is a heartfelt song that depicts a relationship of two lifelong neighborhood friends, OG Omyth and G-Mak, who became a rap duo. At some point life happened, and each had to maneuver life changes and familial responsibilities. G-Mak started a career in the workforce, while Omyth was put on pause with injury. Eventually OG Omyth began to create. Once he was ready to get things moving again, G-Mak was still otherwise occupied. OG Omyth began to question when their next project was coming, but he knew G-Mak was occupied mentally elsewhere. Fans assumed the duo were broken up, so Omyth made this song to relay that they were not in fact broken up but on a hiatus of sorts. The last project was titled Beats and Bars Premium Quality Volume 1, delivered on a mix-drive replacing yesteryears mixtape that fans favored, making them eager for more. Acclaimed as a classic by some, volume 2 was eagerly anticipated. OG Omyth could not provide this highly requested follow-up due to G-Mak’s current time and energy being occupied by his current career choice.

In the meantime, OG Omyth continued to work on several projects, always leaving room within the projects for G-Mak to add his gifts to the work. OG Omyth would do this by always prefacing his introduction with “one half of the legendary group OG Audio”, letting his partner and the world know he was awaiting his return and was ready for it. This one song of many from OG Omyth, earning a symbolic “Certificate of Perseverance,” would manifest itself as the title of this current EP.

OG OMyth is an emcee from the Bronx who started rapping in the early 90’s. His career path was abruptly halted by poor choices and street life. Said choices ultimately landed him a 9 ½-year bid in VA Correctional facilities.

Upon exiting the penal system in 2004 he reunited with a childhood friend, Skunk SK Oner, and began to work on music. SK was responsible for recording his first project ever; A mixtape which contained a series of rhymes written while in prison as part of a rap group called Prisoners of Conflict. He made a promise to fellow inmates that he would come home and name the project Wreck Yard Rhymes Vol. 1.

During this time, the commander in chief of the group, Lamar “Nature Boy DNL” Chapman committed suicide in 2005 which sparked the next project titled The Separation, which was a collection of dark songs that reflected his emotional state at that time, released in 2008. This release did not meet expectations presumably due its overly dark nature. At that time Omyth contemplated retirement over the next several years.

Then in 2012 he formed a group with G-Mak a.k.a Mak Laimbeer presently known as the legendary group OG Audio. Their first debut was a mix-drive titled Beats and Bars: Premium Quality Vol.1 in 2014. Its success was short lived due to the murder of Omyth’s first-born son in 2015 due to a domestic dispute involving his son’s mother and her new husband. Once again Omyth contemplated giving up, but instead used it as fuel and formed what the world knows today as MSB – Manifest Something Beautiful L.L.C.., alongside SK. Omyth then immortalized his son’s favorite self portrait as part of the company logo to intertwine his most beautiful manifestations.

MSB has now produced his latest project Certificate of Perseverance which is in stark contrast to the dark tones of his previous release. This project represents all that is possible when you stay the course, come to terms with your humanity embodying the phrase “each one, teach one” dropping gems to the youth and reminding us all that never is not an option for your dreams.