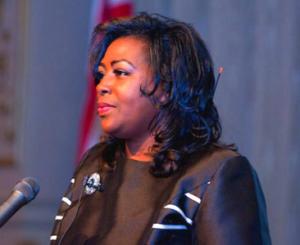 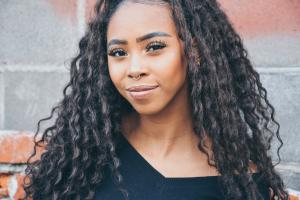 WESTERVILLE, OH, UNITED STATES, August 2, 2021 /EINPresswire.com/ — Researchers show as many as 50,000 women and children are victims of sexual exploitation in the U.S. each year. The horrific conditions of human trafficking defy belief, but one God-sent agency is helping survivors rebuild their lives. Rahab’s Hope of Ohio a division of The Switch National Anti-Trafficking Network is making inroads into the process of recovery for victims. This survivor-led team is breaking through age-old barriers to reentry for sufferers of sex trafficking. Through their proven process one-time victims are now victors who are reclaiming their lives.

Rahab’s Hope of Ohio is right in the heart of the Buckeye State known as the sex trafficking capital of the country. The seasoned staff are familiar with the horrors and the depth of scars these women carry for they too were once victims of this illicit trade. Now, these empowered women are taking a stand against their abusers by helping others recover and reimagine a life free from abuse and victimization. No longer someone’s property the volunteers and staff demonstrate to others there is a way out of poverty and abuse.

The groundbreaking institution founded by Dr, Marlene Carson is moving mountains to house and rehabilitate women who were enslaved. Dr. Carson, an Ohio Christian University grad with a doctorate from CICA International University & Seminary holds countless accolades, awards, and acknowledgments but she is more than an educator on the subject she is also a survivor.

Marlene knows all too well the tragic circumstances these young women endured and yet with God’s grace she emerged from the darkness to be a light for others. Now, Carson, a staunch advocate for victim’s rights and systemic change is making a road for recovery for women who society deemed were lost to the streets.

The rousing preacher with a heart for broken people founded Rahab’s Hope of Ohio, deriving its name from the Bible character who once was a harlot and through time and God’s divine plan was listed in the genealogy of Jesus Christ. Rahab’s Hope of Ohio offers that same chance for redemption and restoration. Founded on the 3 pillars of confidence, dignity, and responsibility, the organization is healing women and lifting them to a new destiny.

Carson, who is a US Advisory Member on Trafficking and author of the riveting “12 Steps to Transform the Exploited Soul” is changing lives with her poignant storytelling and captivating sermons. As a self-proclaimed ‘SurThrivalist’ she is helping women one life at a time break free from their damaged pasts to a reimagined destiny with hope and promise. The one-time trafficking victim forced into sexual servitude at the tender age of 15 was devoured by the streets but now she emerges as a champion for the cause. A modern-day prophet proclaiming the needs of the helpless to the city gates and the highest authorities. This feisty yet poised intercessor is a voice for the voiceless and Carson is silent no more.

As a minister and educator, Marlene is uniquely positioned to walk victims and their families through the pitfalls, perils, and positive outcomes of a life outside of harm's way. Using a holistic approach, Rahab’s Hope of Ohio heals the body, mind, and spirit while focusing on a financial way forward. Each woman is encouraged to own their future by becoming an entrepreneur.

Rahab’s Hope of Ohio is expanding its borders through the generous efforts of volunteers. The walls of the new facility will be lined with a colorful mural depicting the names of those who want to sow into the lives of broken women. Through the Pieces of a Dream campaign organizers will raise 1.5 million dollars to facilitate this next phase of Rahab’s Hope for Ohio. Every piece of the puzzle is helping to put one woman back together again.