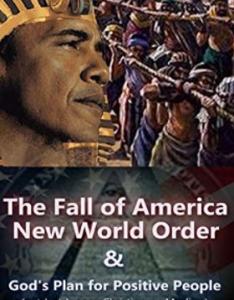 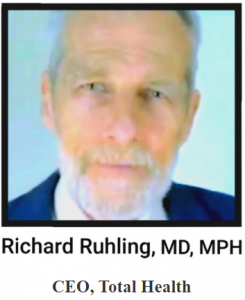 80 years old and in great health! 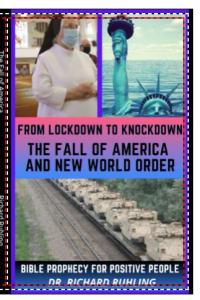 “The Fall of America”

A review of Hebrew history applies to parallels of the US with Egypt revealing hope for those who understand a biblical (best-seller) perspective.

History does not repeat, but it rhymes…”
— Dr. Richard Ruhling

PRESCOTT, AZ, USA, September 8, 2021 /EINPresswire.com/ — A review of Hebrew history applies to parallels of the US with Egypt revealing hope for those who understand a biblical (best-seller) perspective.

The Ten Commandment movie featuring the Exodus from Egypt is a favorite of Dr. Richard Ruhling who says, “It’s a hard act to follow, but God is up to it with a bigger event coming.”

In the business world, we expect a press release to tell us of a new product launch, a merger or acquisition, a new partnership or rebranding. What’s coming can include all of those, says Dr. Ruhling, like when God executed judgment on Egypt and launched a million Israelites into a wilderness, and as a result of a covenant, they became His kingdom and Bride (partnership).

Ruhling paraphrases historians who say that history repeats. Ruhling says, “Not exactly—but it it rhymes.” He says the US has become like Egypt, offering seven examples of how it is so:
1. Egypt was the greatest nation 3500 years ago as the US is now.
2. Egypt had grain to sell in time of famine; the US feeds many nations.
3. Israel went to Egypt in a time of famine. Pioneers face a spiritua famine as the papacy banned the Bible in the Old World and they risked death at sea for freedom in the New World.
4. Israel was given freedom because Joseph saved Egypt by wise provisions for the famine. Wise pioneers gave US a Constitution with freedom based mostly self-government, by the people, for the people…
5. Another king came who “knew not Joseph” and Egypt enslaved Israel. Corporate greed has enslaved most people in alcohol, tobacco, drugs (even Rx drugs are a form of bondage) and negative lifestyles.
6. Egypt threw Israelite babies in the river; the US has thrown 62 million babies in the trash.
7. God punished Egypt and took Israel to freedom. There was initial freedom in America but "have we noticed things are changing?" asks Ruhling.

God is going to “execute judgment” on the US as on Egypt (Exod 12:12), and take wise virgins (understood from the wedding parables like Matthew 25) to a covenant as He did with Israel when they becme His kingdom (Exod 19:5,6) and Bride—He later said, “Return—I am married to you.” Jeremiah 3:14 cited by Ruhling.

That explains the wedding parables that are poorly seen as a sudden snatch to heaven by some Evangelical Christians,” says Ruhling, adding that a billion-dollar fictional book and movie series has misled millions. When “one shall be taken and the other left,” those who believe in a 'rapture' should read Luke 17:37–they are taken as dinner for birds, also in Revelation 19:17,18.

God took Israel to the wilderness to test and prove what was in their hearts and it wasn’t good. They worshiped a golden calf 40 days after a covenant, as seen in the Ten Commandment movie.

“We need a better understanding of the biblical picture,” says Ruhling, adding that the Exodus was a jubilee event that gave Israelites freedom and the promise of land. The jubilees came as the 50th year (Leviticus 25:10) and the 50th year from Roe v Wade in 1973 is 2023—punishment for 62 million babies?

Ruhling cites Acts 17:30 that God winks in times of ignorance but commands repentance when judgment comes, adding that now is an opportunity to consider a broader picture than the evening news in order to be ready.

For more information, readers can visit https://amzn.to/2RrhFoH and click above the book cover "Look Inside" and use the > to read the Introduction or Contents–“From Lockdown to Knockdown, the Fall of America and New World Order.”