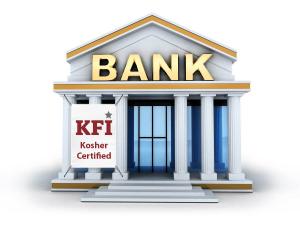 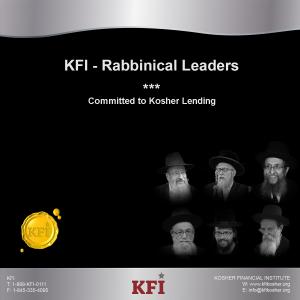 A quiet financial revolution is going on under the radar of the public eye. The rise of kosher financial institutions.

BROOKLYN, NY, US, September 9, 2021 /EINPresswire.com/ — In the United States, a quiet financial revolution is going on under the radar of the public eye. It is the rise of kosher financial institutions — ranging from small community banks to national mortgage lenders and brokerage firms.

Any loan that involves a bank, mortgage company, mortgage broker, hard money lender, or other financial institution, may have a potential problem in being deemed acceptable according to the legal code of Judaism or halacha. Namely, if even a small part of the institution is owned by a Jewish person, the prohibition of lending on interest (otherwise known as ribbis, a severe violation in Judaism) applies. This can cause the institution’s entire money lending practices to be deemed not kosher, and utilizing such an institution for a Jew would be a direct violation of Jewish law.

For some time now, top Orthodox Jewish leaders have been at the forefront of the call to expand the kosher phenomena to encompass the banking and lending industry. Contrary to popular belief, kosher is not about food alone. Kosher is a reflection of integrity, and that includes what we put into our pockets as well as into our mouths.

“This is an idea whose time has come,” says Rabbi Aron Wieder, Kosher Financial Institute (KFI) Rabbinical Director. “The kosher consumer needed us to take the challenge out of safeguarding kosher money.”

Long aware that kosher supervision was needed for the banking and lending industry, the KFI, the primary recognized kosher supervision agency serving the banking and lending industry in the United States, was established to reach out to this never before touched upon market. In this way, the observant Jewish community can be prevented from transgressing the law of usury, otherwise known as ribbis, which is a severe violation according to Jewish law.

The KFI kosher seal is not a carte blanche stamp of approval. There is a process involved to receive the kosher seal of approval. Institutions can reach out for help from KFI, which will provide all the necessary support for obtaining kosher certification to avoid losing out on a premium market of clientele.

“Every bank has the potential to become kosher upon implementing the necessary steps required,” says Grunwald. “Our goal at KFI is that a bank that wishes to become kosher certified in order to serve the kosher consumer should have an established body where they can turn to for help and support.”

Going forward, kosher banks will have the opportunity to be listed on the KFI’s Kosher Bank Directory, which has already become the gold standard for those seeking a list of kosher banks with which to conduct business. It is where observant Jews now look to verify an institution’s kosher status before choosing a lender or bank.

“Orthodox Jews’ concern for pursuing only kosher is legendary,” continues Grunwald.” Yet avoiding usury has been something that has been challenging for a number of reasons. Now, through KFI, Orthodox consumers should have easy access to a list of those institutions which they can trust qualify as kosher, and they will be able to make educated decisions about which of those institutions they wish to frequent.”