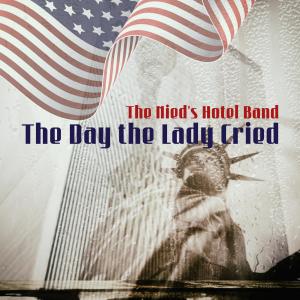 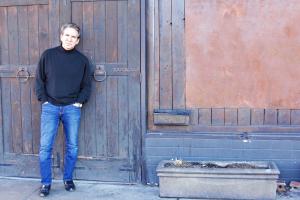 Nied's Hotel Band featuring John Vento on vocals has released "The Day The Lady Cried." Vento is involved in the "Remember Me Rose Garden" memorial project.

The Day the Lady Cried' reminds us why we are so proud to live in, serve and defend a country like the United States of America”
— John Vento

PITTSBURGH, PA, USA, September 10, 2021 /EINPresswire.com/ — For the past 10 months, singer-songwriter John Vento has been painting a portrait of americana with the year-long release of his album opus, "Brick By Brick." Songs like "America (The Saints Come Marching Home)," "That Damn War (Father & Son)," and his critically-acclaimed cover of Buffalo Springfield's "For What It's Worth" have struck a chord with listeners, racking up over 120K Spotify streams. Now, Vento and his chart-topping co-horts in the Nied's Hotel Band have released a heart-pounding tribute for the 20th Anniversary of 9/11.

"From the heartland and from the heart, 'The Day the Lady Cried' reminds us why we are so proud to live in, serve and defend a country like the United States of America," says John Vento. "The ballad powerfully evokes the memories, tears and resolve from that tragic day twenty years ago."

The single release coincides with the Grand Opening of the "Remember Me Rose Garden" in Shanksville, PA, 1/4 mile from the Flight 93 Memorial. John Vento has been instrumental in the development of the rose garden project, which was completed this week.

Vento says, "Nothing short of magic! In less than four months an empty field has become a beautiful garden of healing. Without our amazing volunteers, contractors, and the leadership and hard work of the Remember Me Rose Garden – A Living Tribute to the Heroes of 9/11 Flight 93 team, none of this was possible. Flight 93 was the only plane that did not hit its intended target on that horrible day 20 years ago. May God bless our heroes always."

ABOUT "REMEMBER ME ROSE GARDEN:" The Flight 93 National Memorial was erected at the crash site, and just ¼-mile east from the entrance to the memorial sits the "Remember Me" Rose Garden. Many acres of land were purchased by the families of the heroes of 9/11 as a buffer zone around the park. The Families donated 13 acres in 2009 for the construction of a rose garden, to be a "Living Tribute" to the memory of their loved ones. The Rose Garden honors the spirit of the men, women, and children who died in the September 11, 2001 terrorist attacks, and provides a tranquil setting where all in need of healing can find a peaceful sanctuary. It is a safe place to build community, promote stewardship of the earth, reflect on those lost and those who survived, and unite Americans against all forms of hate and anger that threaten peace throughout the world. https://www.remembermerosegarden.com/

ABOUT JOHN VENTO/NIED'S HOTEL BAND: In addition to his solo career, John Vento fronts The Nied's Hotel Band, voted Pittsburgh's Best Bar Band in 2016. Through his performances, he has raised more than a quarter of a million dollars for charity. John is a Communitas Award Winner for his work as co-founder of Band Together Pittsburgh. His leadership, generosity and work ethic are well known throughout the Pittsburgh music scene.

John is a #1 international iTunes charting artist, a Billboard Magazine Emerging Artist and a 2019 International Music and Entertainment Association Award Winner. He has appeared on Fox, ABC, CBS, and NBC TV.

THE DAY THE LADY CRIED

AND HER HEART IS FAIR
TRUST IS EVERYWHERE

SHE LOOKED FROM THE DISTANCE
A TEAR FELL FROM HER EYE

IT LATER CAME TO PASS
AS THE DAY THE LADY CRIED

AND HER HEART IS MAD
FIRE IN HER EYES

SHE LOOKED FROM THE DISTANCE
A TEAR FELL FROM HER EYE

IT LATER CAME TO PASS
AS THE DAY THE LADY CRIED