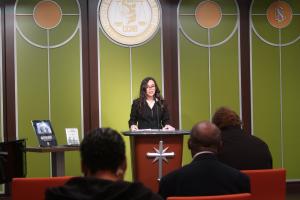 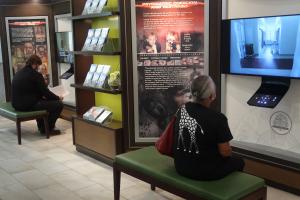 Guests were invited to learn about the abuse inherent in psychiatry by watching informative videos in the Church’s public information center. 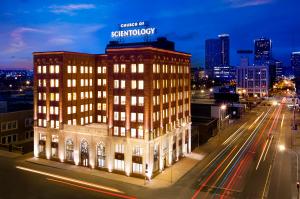 Church of Scientology Kansas City, all are welcome

At a Mental Health Day conference at the KC Church of Scientology, human rights advocates met to coordinate strategies to protect the rights of the vulnerable.

The conference reflected the tone of a World Health Organization report released in June that denounces psychiatry's coercive practices as "pervasive and … increasingly used in services in countries around the world, despite the lack of evidence that they offer any benefits, and the significant evidence that they lead to physical and psychological harm and even death."

The report reaffirms the stand taken by Dr. Dainius Pūras, UN Special Rapporteur on the right to health (2014-2020). "We need little short of a revolution in mental health care to end decades of neglect, abuse and violence," he said on presenting a report to the UN Human Rights Council in Geneva in 2017. "I am calling on States to move away from traditional practices and thinking, and enable a long overdue shift to a rights-based approach. The status quo is simply unacceptable."

A Missouri State Representative addressed the conference along with a former employee of a children’s mental health facility, now turned whistleblower.

The State Representative spoke of the abuse of the most vulnerable in our communities: the youth. “Today I see children being medicated at a high rate,” he said, criticizing the use of drugs that make them listless rather than channeling their energy into productive activities.

Our mental health facilities are “more of a prison for these kids that had nowhere else to go,” said the whistleblower. He described the children in the facility where he worked as “trapped and farmed like animals for profit.”

The panels of the Church’s Public Information Center featured extensive information on the history of coercive psychiatry with videos and displays from the Citizens Commission on Human Rights traveling exhibit, “Psychiatry: An Industry of Death.”

Ashton announced a follow-up meeting at the Church at 1805 Grand Blvd. on Saturday, October 16, at 2 p.m. Human rights advocates wishing to take effective action to end psychiatric abuse are urged to attend.

Citizens Commission on Human Rights is a nonprofit charitable mental health watchdog established by the Church of Scientology in 1969, inspired by humanitarian and Scientology Founder L. Ron Hubbard, who decried the abuse inherent in psychiatry. CCHR is dedicated to eradicating psychiatric abuses and ensuring patient protections.

The Church of Scientology Kansas City is an Ideal Scientology Organization dedicated in November 2019 by Scientology ecclesiastical leader Mr. David Miscavige. The Church works extensively with other religions, nonprofits and officials on programs to uplift and benefit the community. Its outreach activities throughout the pandemic are featured in a series of videos on an interactive timeline on the Scientology website.