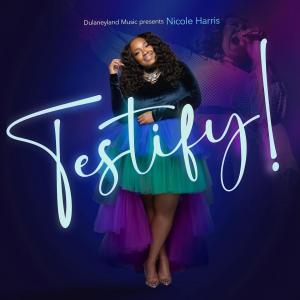 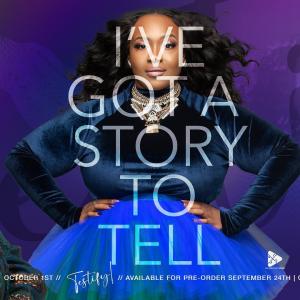 Nicole Harris “I’ve got a story to tell.” Promo Image

CHICAGO, ILLINOIS, UNITED STATES, October 19, 2021 /EINPresswire.com/ — On a mission to minister to the next generation of worshippers, Recording artist Nicole Harris is a true blessing to the body of Christ and the world at large. Radical in warfare and humble in spirit, Nicole’s powerful voice and gift compel all those who hear it to “Love God ASAP!”

Working with many Gospel greats, Harris was previously heard leading the extended version of Todd Dulaney’s chart-topping single, “Your Great Name,” which reached over 7.5 million views on YouTube. Harris also co-wrote and is featured on Dulaney’s single entitled, “You’re Doing It All Again,” which reached #1 on the Billboard Gospel Airplay Charts in 2019.

Deciding to step out on faith and share her treasures with the world, Harris has released her first single, “Testify,” from her forthcoming freshman album release.

"I am so excited for the world to hear this song. My goal is to ignite the same fire that our grandparents and parents had when preparing for the Friday night service. The anticipation of sharing how good God had been to them all week is the same excitement I want the world to feel when they hear this song," says Nicole Harris.

Written by Todd Dulaney, the founder, and CEO of DulaneyLand Music, during a time that Harris was dealing with a series of health issues that few were aware of, “Testify” is her testimony written to a song. Not wanting to feel weak, Harris consecrated herself all of 2021 and allowed God to heal her. “Testify” is literally all I plan to do for the rest of my life!”

On October 15, 2021, DulaneyLand Music released Harris’ music video during their virtual launch party and reviews have been astounding.

To hear “Testify” and to watch the music video by Nicole Harris, please visit https://theomg.world/testifyvideo.

DulaneyLand Music is the first of its kind in offering subscription-based, turn-key music production services for new and experienced artists. Led by Grammy-Nominated Gospel Recording Artist & Songwriter, Todd Dulaney, DulaneyLand Music aims to be a creative hub for all things music and beyond. For more information, please visit https://dulaneylandmusic.com/.