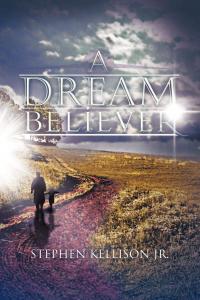 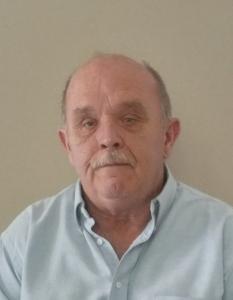 VIRGINIA, UNITED STATES, October 21, 2021 /EINPresswire.com/ — Contemplating the attributes that would be essential to be an ideal Christian, Stephen Kellison has determined the aspects that comprise "A Dream Believer" based on his extensive studies of the Scripture. With this, readers will be equipped with the knowledge and wisdom they need to cultivate their faith and become better Christians.

An ordained minister, Kellison was inspired by a vision, stating that in 2012 the Holy Spirit revealed to him that throughout time humanity has assembled the very best, the cream of the crop, people who are unparalleled. He likens it to the dream Olympic basketball team and the elite legal aces OJ Simpson assembled for his defense. Then this train of thought went further and Kellison began contemplating the characteristics that would be required to become an excellent Christian, the qualities they should possess. He then examined the Scripture to determine these aspects.

"A Dream Believer" outlines the Biblical qualities Kellison states that each Christian should possess. His book challenges readers, beckoning them to test themselves, to learn to walk in humility before their Lord and understand the importance of prayer. Kellison helps his audience cultivate a deeper understanding of their faith and its key components. He shows the power of prayer, as well as Kellison's recollection of when God saved an atheist friend and co-workers of his from death, a non-believer who experienced a heart attack and was clinically dead before returning to life and becoming a born again believer. Based on his studies and his experience as an ordained minister, Kellison has come to the conclusion that the qualities he has highlighted are essential in the faithful’s spiritual journey and their path of Christian growth and development.

"My prayer is that it will bring you into a closer, more powerful relationship with the Lord." Kellison says. His book is especially pertinent to those who believe that God has been thrown into the backseat of the heart and mind in recent times, with modern society's wide array of distractions and temptations that spoil the soul and take up all thought and conversations. Kellison advocates for a return to biblical truths and with his book he aims to help believers be all they can be in order to serve God in the best way possible, just as how the early church shared the Good News, which was what believers prioritized in their thoughts and conversations. With these biblical qualities, Kellison hopes to restore believers' awe of the Lord and make their faith relevant in their lives once more.

About the Author
Stephen Kellison became a born-again believer in 1996. Three years later he became an ordained minister through Ministers for Christ Outreach Center in Arizona. Kellison has authored three books: "To Soar To New Heights" in 2006, "A Dream Believer" in 2012 and "There Final Weeks" in 2018. He is an evangelist. Currently he resides in Madison, Virginia with his wife. They have three sons along with two daughters and two grandchildren.